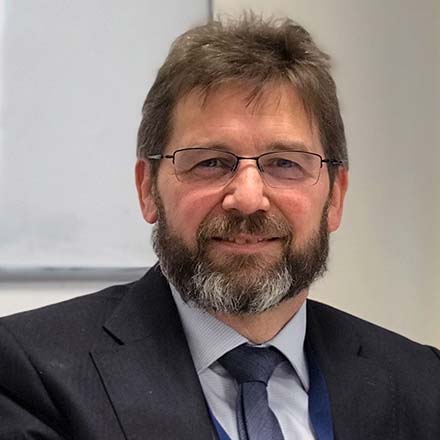 Over home-made cake – evidently he’s an accomplished baker – he laughs, ‘I’m good at following a recipe – but for the creative process here there has to be something other than following a blind process. We’re about creative solutions…’

OK, I counter. But what does that actually mean? Solutions for what? 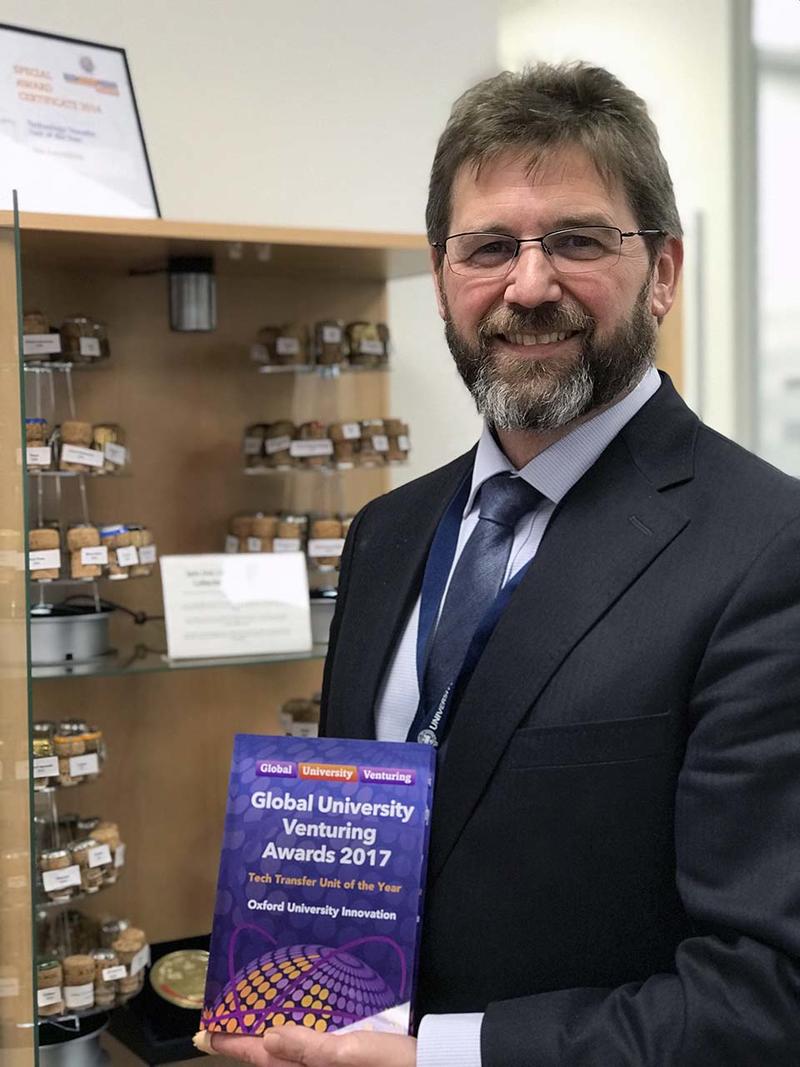 For starters, he explains, about 75% of the world’s inventions are coming out of universities these days. Whether this reflects the brilliance of universities or the short-termism and lack of genuine R&D spending in ever more shareholder-focused corporations is a subject we put aside for another day.

The fact is that Oxford has pulled its socks up over the past decade and properly joined the fray. In 2015 it created 10 ‘spin-out’ companies, but in 2016 it doubled to 20, a level at which it has remained since.

These are various and amazing companies and other start-ups putting to practical work knowledge learned at the lab bench or library. They include recent launches such as OxStem, Oxbotica and Mind Foundry, but they also include examples of high-impact creativity with no particular commercial angle.

‘I have been very pleasantly surprised at the University’s care for creation of impact, over and above the financial delivery of resource, for OUI.’ He cites LIFE, a new smartphone game to help train healthcare workers in the developing world so they can respond to acute pediatric emergencies. ‘This was the first project to be funded from our new crowdfunding platform, OxReach. It was launched with colleagues from the University and went on to hit its crowdfunding target of £60,000, and then to leverage almost a quarter of a million more from other investors.’

‘It’s not a commercial spin-out yet has massive impact potential, and could actually help save lives in sub-Saharan Africa. That is the kind of impact that we want to have.’

Another recent example is Alex Mccallion’s (Jesus, 2014) Greater Change project, an app to address homelessness in Oxford, on the very doorstep of the University.

Matt also adds that contrary to a certain perception, not all the spin-offs are derived from discoveries in science and mathematics. He created, with Roy Azoulay, an ‘Incubator’ on-site at OUI’s office just off the Botley Road, and one of its tenants is Cycle.Land, a seed-funded cycle-sharing enterprise expanding across cities in the UK, the brain-child of former Oxford student Agne Milukaite. Her Oxford MSc is in migration studies, and she has praised the help she has received from Oxford as an ‘entrepreneurial context.’

Perkins says that the majority of Incubator projects derive from the social sciences, while still others have had a humanities angle.

‘The definition of how we prove this impact is still being worked on. Quantification is always much more difficult. But make no mistake, our job is to ensure the maximum impact on humanity, not to squeeze out every last pound for the University.’

Matt’s own background is high frequency electrical engineering. He obtained a first degree and doctorate at Leeds University, did a three year post-doc, and then moved over into industry, helping to build a commercial arm of a telecommunications company Filtronic before later moving into the UK commercial space sector.

By the end of our discussion I realize that communicating the many things that OUI does isn’t so easy. Matt and his team manage the University’s patent portfolio; they have 1,700 academics signed up to a ‘consulting services’ operation that helps academics get and manage consulting contracts with government and industry. There is Spin-Out Equity Management with 106 companies, all part-owned by the University and worth over 100 million.

It’s almost too bewildering, so I cut to what I imagine the alumni chase might look like: how does a solvent, might-be alumni investor expand their pension by getting a share of, say, Henry Snaith’s potentially world-changing perovskite solar cell technology?*

Matt laughs. ‘You could register your interest directly with the company, Oxford Photovoltaics, or we could facilitate an introduction if it were necessary,’ he says. But he adds that the 4th Oxford University Investment Fund (OUIF) is still open for investment and would probably be the better way of getting exposure to several possible ‘winners’ via a very tax efficient vehicle, rather than the rather more risky ‘eggs in one basket’ approach of investing in one enterprise (see below).

OUI became a fully-owned subsidiary of the University on 27 Nov 1987 – and thus celebrated its 30th Anniversary last November. This makes it 11 months older than QUAD (previously known as Oxford Today).

*For the 4th OUIF launched in late 2017, go to the Parkwalk website or see the storyin Oxford Today