NO MORE WORKING FOR A WEEK OR TWO 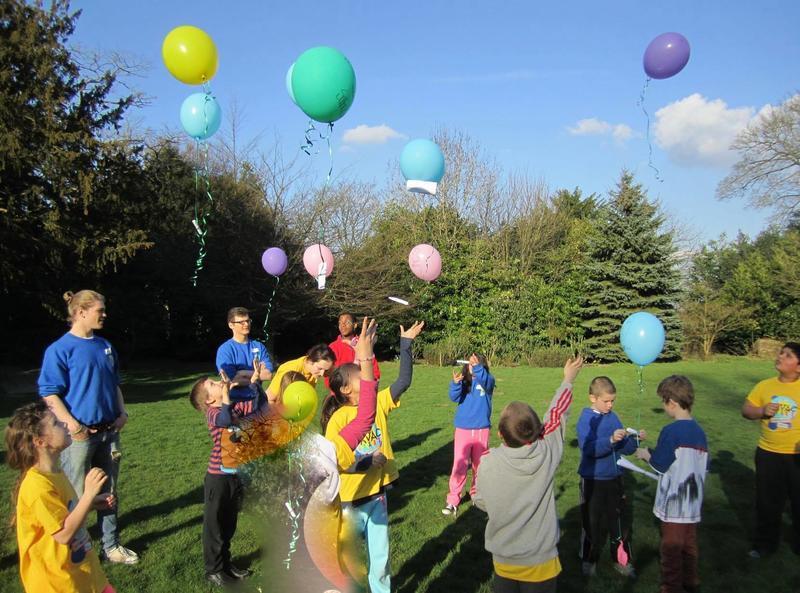 NO MORE WORKING FOR A WEEK OR TWO

Exeter College undergraduates have an illustrious tradition of taking children with deprived backgrounds on holiday at Easter. The scheme is called ExVac.

Current ExVac President Catherine Smith (Exeter, 2016, Spanish and Linguistics) explains that the charity enterprise works to a tight and well-rehearsed schedule stretching back to the scheme’s origins in 1982.

‘We publicise the project in Fresher Week. First year students who want to help can potentially accompany one of two, week-long holiday groups in the Easter Vac. In their second year they might progress to leading the holidays. A year after that they are typically head-down revising for finals but quite possibly on the organising committee.’ 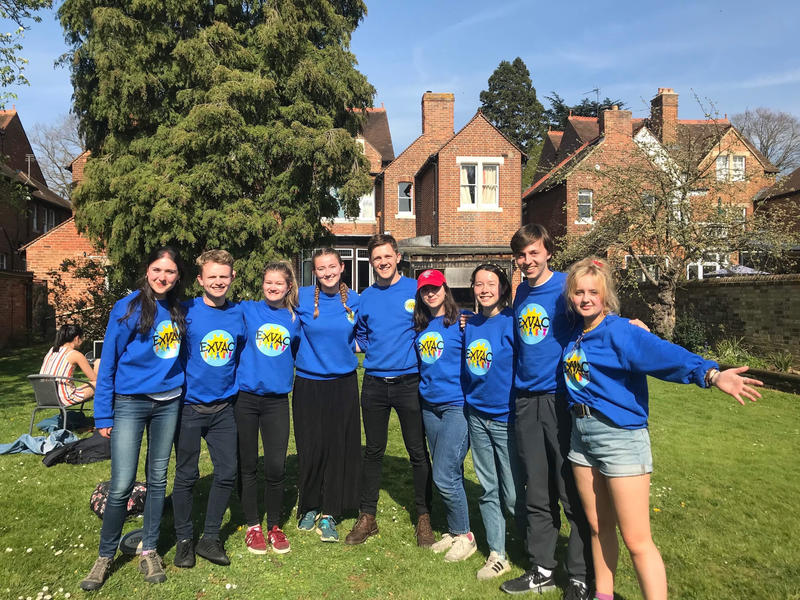 Exeter College students who organised and led the 2019 ExVac holidays

Each of two, week-long holidays involve 16 Key Stage 2 children (aged 7-11), with a high ratio of student staff to children. All the students have to pass a battery of safeguarding checks but Catherine says that this was always so and a natural part of the process.

The children are usually drawn from Blackbird Leys, one of Oxford’s housing estates that has become a poster-child for severe deprivation in an otherwise wealthy city. 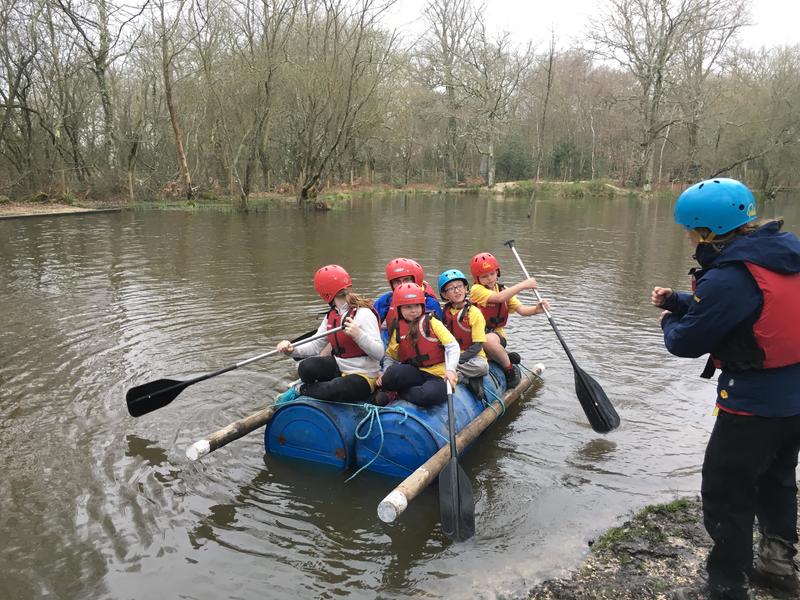 Paddling is one essential activity in a fun-packed week

ExVac has a long-standing relationship with Oxfordshire social services who assist in the process of identifying children and approaching parents, often helping with the application process.

Once underway there is a well-worn holiday choreography, with accommodation being offered by the Countryside Educational Trust in the New Forest, and all manner of creative activities being offered from pottery to paddling to a day out at nearby Paulton’s Park, also the home of Peppa Pig World.

This last visit is always a surprise – ‘once we convinced them all that we were going to a Sand Museum, it was all a big wind-up. When we arrived at the theme park they were delighted.’

Come the end of the first week, everyone is exhausted but in a profoundly positive sort of way, says Rachel – ‘I don’t think any of us will forget the children we worked with.’ The second holiday commences with a different student team, which extends the experience to a larger part of the student body. 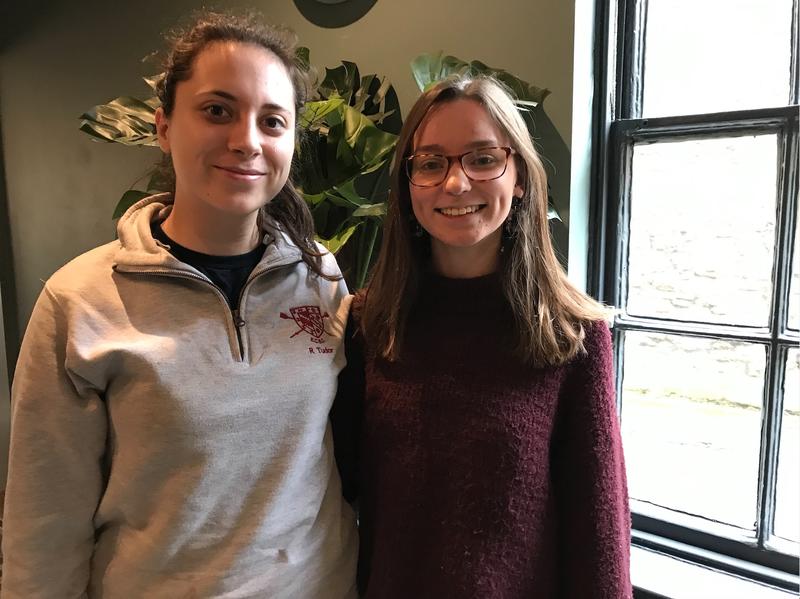 No time to waste: Rachel Tudor (left) is in charge of fundraising, while Catherine Smith is current President of ExVac. Both sit finals in 2020

Rachel Tudor (Exeter, 2017, English) is currently in charge of external fundraising and like Catherine already looking down the barrel of finals (we meet in mid-Hilary Term), yet is in the position of raising the £12,000 it costs to take 32 children away for a week of carefree holiday.

‘We’re in good shape this year but want to make it easier for the people who succeed us as well.’ 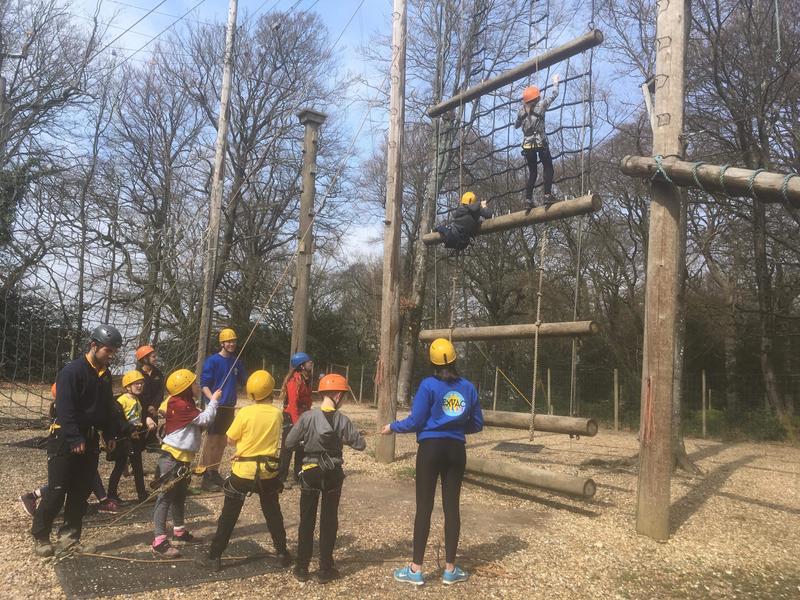 One of the big goals of the current committee has been to ensure sustainability, so that the fundraising is less hand to mouth, year to year. The involvement and support of senior members of the college has been invaluable in this regard. ‘We achieved charity status in 2001, which was another big milestone for us in achieving presence,’ says Catherine.

Fundraising activities are many and wideranging – cocktails and other college-based events, but also details like investing in a little wireless card reader so that when students say they have no cash it’s not a valid excuse not to donate!

The annual report of ExVac reads very professionally, scotching any notion of this being the rollercoaster operation of some student clubs. The enterprise is formally endorsed by Oxfordshire Social Services. 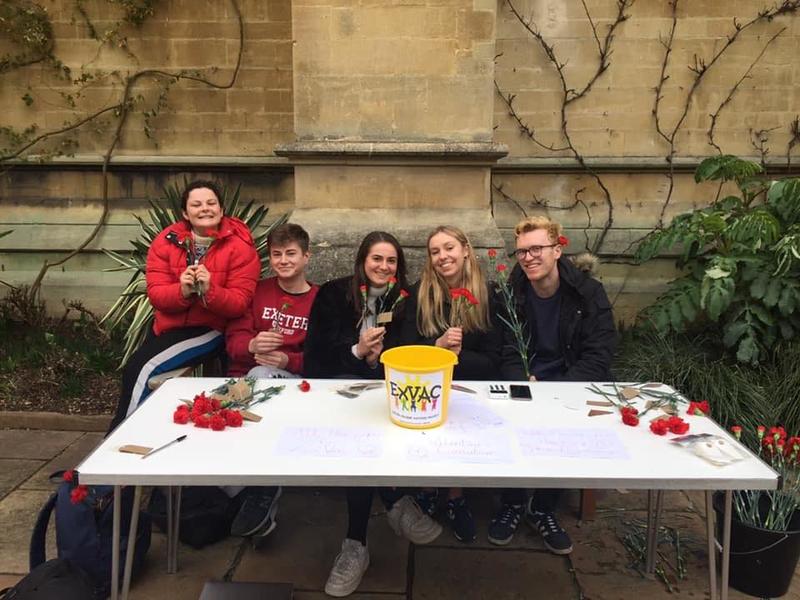 For the current year ExVac is in receipt of a University Small Community Grant, an acknowledgement from the University that links into the wider community are invaluable.

Oxford needs more such initiatives, suggests Catherine and Rachel. ‘I think we live in a bubble to be honest. Very few of our student colleagues really know what or where Blackbird Leys is…’

They think that one of the more valuable aspects of the charity is awareness raising within college, that there is a broader city and lives being lived well apart from the dreaming spires. ‘It’s not that the bubble necessarily gets broken, but we test it – the awareness is better than no awareness. Of course some students really get involved. For them, it can be life forming.’