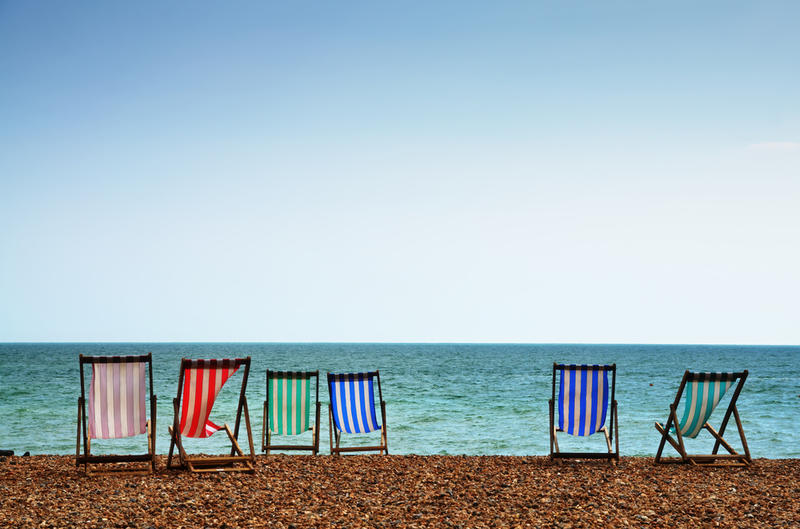 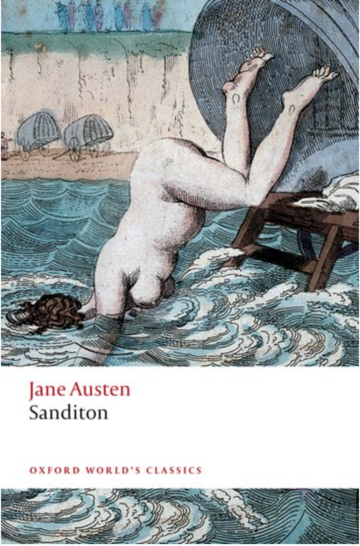 Oxford University Press has added to its World Classics list Sanditon (£4.99, OUP), the last and incomplete novel by Jane Austen. Published posthumously in 1925, (Austen died in Winchester in 1817), it’s rendered here as a super-slender paperback running of 80 pages. The actual text was just 24,000 words, for Austen no more than a gentle warm-up. But it’s full of delight and worth a shot, not least on a beach in August. We say that because the subject of Sanditon is the seaside. The well-chosen cover image is a racy picture of a naked woman diving headfirst into the sea from a bathing engine, Thomas Rowlandson’s Venus’s Bathing (Margate) A Fashionable dip, c.1800. A terrific introduction by Kathryn Sutherland, Professor of English Literature at St Anne’s College, goes further in explaining the rage of the seaside during Austen’s life time, but also how it allows Austen here to conjure up a cast of colourful, uncertain characters as tangy as vinegary fish and chips.

Furthermore, we learn, Austen appears to have been playing with her own sense of declining health and the unreliable interplay of physical reality with sensibility and imagination. When she died four months after putting her pen down on Sanditon, she was just 41.

Austen mocks the central protagonist Mr Parker’s over-enthusiasm for developing the imagined Sussex seaside resort of Sanditon (between Hastings and Eastbourne, Austen says at the start) and his overblown claims for the miracle-health properties of sea water and sea air, only to later on introduce a contrary set of hypochondriacs for whom the sea air has different implications. Chapter ten begins,

It was not a week, since Miss Diana Parker had been told by her feelings, that the Sea Air would probably in her present state, be the death of her…

Needless to say this position is risible nonsense. But so too is Mr Parker’s contention that

People are typically deluded by their feelings and their appetites. The reader already knows that Mr Parker has overturned a horse-drawn carriage in the first lines of the narrative, through want of judgement. Not only does he turn out to be an Enthusiast, the term harking back to Protestant excess, but also a Speculator willing to risk three generations’ careful accumulation on a single venture. His praise of the seaside is also a marketing brochure for Sanditon. Waterloo in this sense marked a transition of English society from soldiering back to commerce, with its own game of snakes and ladders.

Sustaining the narrative is a delightful young woman of two and twenty years, Miss Charlotte Heywood, and Sir Edward Denham, a man in pursuit of her who is shown to be an absolute fool by using a deliberately posh vocabulary and misquoting literature to bamboozle her. Austen fans would expect nothing less.

Sutherland’s introduction teases out the historical context, which is indelibly marked by the end of over two decades of Napoleonic wars, plus other details such as the conspicuous inflow of nouveaux wealth from sugar plantation-owning families, as suspect in 1817 as hedge fund managers in 2019 but thoroughly welcome for their disposable income.

In short, we have here a ‘joyous and unexpected seaside tale of opportunists and fantasists set on making the world anew.’ 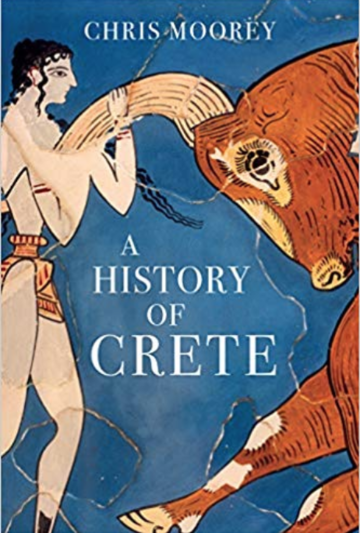 Chris Moorey (St Catherine’s, 1967) has published A History of Crete (£17.99, Haus Publishing). Given that Crete is the most visited of Greek islands, this book will surely find favour with visitors past and present, to say nothing of readers gasping for lively single volume overviews instead of stuffy micro-specialisation. It turns out that the big sweep – 3,000 years in this case, to the present day – turns up two insights in particular. One is that Crete did very well at the start of the period as Minoan civilisation peaked, and briefly again in the early twentieth century when it was briefly autonomous, before union with Greece. The rest was defined (like Cyprus) by a bizarre litany of invaders and occupiers, from Romans to the Third Reich, not discounting Ottoman Turks and Arabs and capped by the tourists, described as a ‘Final Invasion.’ Splendid stuff. 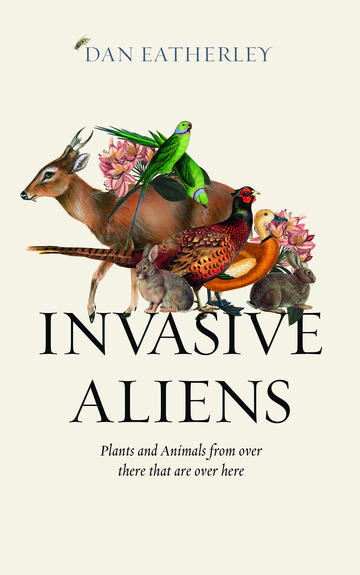 Dan Eatherley (Hertford, 1992) read biology at Oxford and has featured before in Oxford Today, when he published Bushmaster: Raymond Ditmars and the Hunt for the World’s Largest Viper. The naturalist’s latest is called Invasive Aliens: the Plants and Animals from over there that are over here (£16,99, William Collins). His argument is not that the invasion of non-native species has petered out (citing early on the resident flock of very noisy rose-ringed parakeets in Hampstead Heath), but that the entire history of Britain has been defined by non-native organisms, ‘invasive’ or ‘introduced’. From rabbits to rhododendrons, mink to muntjac, these newcomers hold a mirror up to our own species, he suggests.