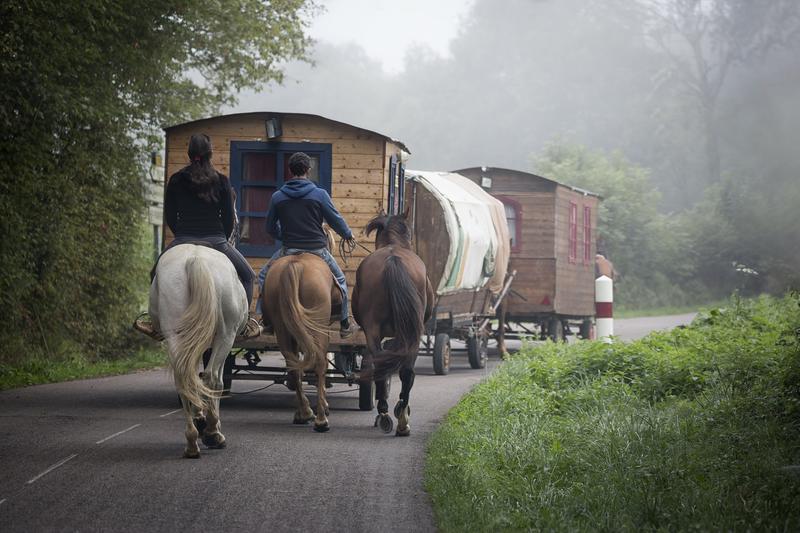 Imminently available to order is John Tepper Marlin’s Oxford College Arms (Boissevain Books, 2018. £15). If you ever wondered what your college coat of arms means, and where it came from, here is the answer. 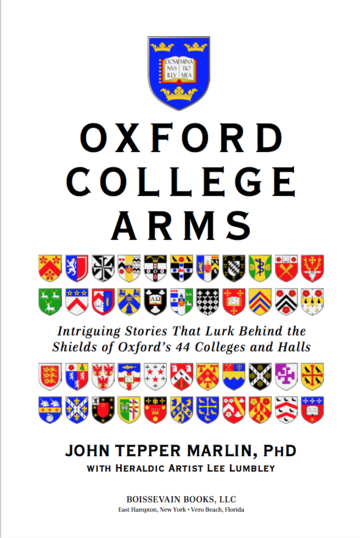 The heraldic expert in our midst and distinguished former Chief Economist for New York City and of course Oxford alum (Trinity, 1962), John delves into every college coat of arms while a heraldic glossary provides valuable guidance to those uninitiated by the formal language used to describe coats of arms.

When he wrote about this subject for the Michaelmas, 2015 issue of Oxford Today, John explained that even late 20th century colleges scrambled to establish coats of arms. Not out of vanity and not even to flog scarves and trinkets to eager parents. No, they fell into the tradition in order to have a sustainable identity in the broader context of a collegiate university, particularly on sports field and river.

As such the book is a delight because John has taken recent images to journalistically nail his theme. In one instance a Mansfield wall hosts a perfectly recreated, chalk-rendered coat of arms, alongside the results from rowing Torpids in 2015.

Whether or not any generation of students really thinks about their coat of arms, and I suspect most of us blanked it, John’s point is that we enthusiastically embrace it as the token of belonging to a particular community. This is so strong that modern arguments to ditch coats of arms have come to nought. 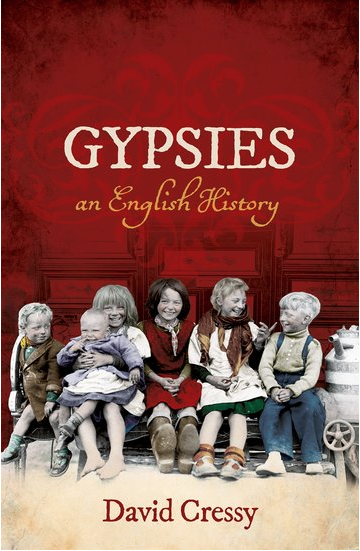 Next, we have David Cressy’s Gypsies, an English History (OUP, 2018. £25). One’s first question is whether it’s alright to use the term ‘Gypsy’ any more. Isn’t it pejorative?

But that is, in a sense, the central underlying question of this gloriously researched volume. Cressy, Professor of British History Emeritus at The Ohio State University, has carefully made his case, upper-casing the ‘G’, writing a brilliantly varied and indeed monumental history, asserting ‘that it is neither racist, essentialist, nor ‘primordialist’ to treat Gypsies as an ethnic group, provided we recognize ethnicity to be variable and contingent.’

What does that last bit mean? The word ‘Gypsy’ derived from ‘Egyptian,’ a mistake that somehow stuck. Actually demonstrated to have originally emigrated from North-West India to Europe, the Roma emigrated between roughly the 10th and 15th centuries, says Cressy, a process so fragmented as to be mostly lost in time.

The historical evidence is sporadic, even while the genetic record is compelling. But then add in the massive, confusing bulwark of self-identity and assumed meaning: people who identified as Gypsies without the inheritance; or were merely itinerant. Then consider the 19th century Romantic heroization of a group who remained stubbornly evasive to authority and thus deeply subversive, quite apart from their broader vilification, on account of criminal tendencies and vagrancy, dating back to the Tudors.

By restoring many of these fragmentary narratives Cressy restores lives otherwise subsumed under the more recent and imperfect label ‘Traveller.’ (Cressy uppercaps the ‘T’, noting that the new term merely recycles all the issues of the old one, so what’s the point?)

The book, handsome at 411 pages, considers Gypsies across the ages in Britain, but not without a generous international, comparative perspective early on.

Possibly more revealing than anything else is the concluding bibliographical essay, about the scholarship on Gypsies. The once-evinced view that Gypsies were indigenous itinerants, part of the fall-out from the collapse of feudalism and Manorialism, is debunked once and for all.

All the other scholarly treatments have tended to look from afar at this strange group, failing to capture their voice. This leads Cressy to conclude that ‘Moving within environments of derogation and suspicion, the Gypsies were always liable to misunderstanding.’

They are less misunderstood as a result of Cressy’s scholarship, and more than anyone he has sought to recover individual voices. Yet they remain inscrutable as well. 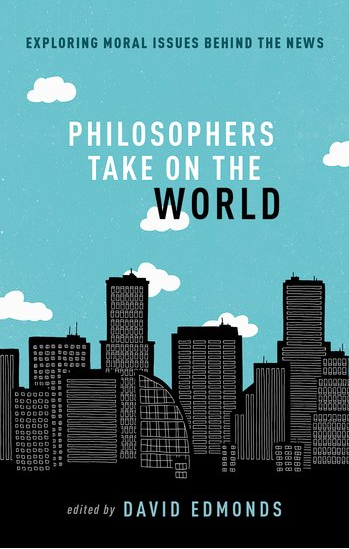 Third, and finally, we have Philosophers take on the World, edited by David Edmonds (OUP, 2018. £8.99). These are bite-sized reflections by a veritable army of applied ethicists, on real ethical dilemmas drawn from the news. Can you sleep with someone else’s spouse? Only if you didn’t promise not to, which would preclude conventionally married people although the joke appears to be on them for being so silly as to think monogamy was a good idea in the first place. Is it OK to treat people like animals? It is not, and moreover it is unacceptable to treat animals like that too. Can you hang up on a cold calling salesperson without feeling a pang of guilt at being ‘rude.’ Yes you can. Can you check out an attractive stranger on the street without ‘objectifying them’? No, but because we’re all objects as well as subjects, and the context is one of not knowing the person as a subject, it’s OK as long as you don’t make them feel bad.

It’s all here, from prostitution and disability to whether or not it’s OK for society to use the actually-quite-useful Nazi scientific data on hypothermia drawn from barbaric experiments on humans in World War Two.

Some of the arguments evinced here may rankle.

But the purpose of the Oxford Uehiro Centre for Practical Ethics, established first in 2003, is not evangelical (*see below…). It evinces ‘rational analytic practical ethics.’ The results are often pretty bracing, and sometimes unexpectedly. But the approach brings academic philosophy back to public relevance, not before time, while bringing longevity to a long-running and very successful blog administered by the Centre.

Not to be confused with Philosophy Bites, which was a series of podcasts rendered later as books, and which we have featured here before, nonetheless the material is all drawn from the same Oxford + Rest of World root stock (not to mention editor David Edmonds, an author and Senior Research Associate at the Uehiro Centre) allowing us to formulate judicious positions on often obscure and difficult conundrums.

*In 2002 the Uehiro Foundation on Ethics and Education, chaired by Mr Eiji Uehiro, established the Uehiro Chair in Practical Ethics at the University of Oxford. The following year, the Oxford Uehiro Centre for Practical Ethics was created within the Philosophy Faculty. Situated in St Ebbe’s Street, the Centre’s goal is to encourage and support debate and deeper rational reflection on practical ethics. The Centre as a whole will not promote a particular philosophy, approach, solution or point of view, though its individual members may give an argument to a substantive conclusion as a basis for dialogue, engagement and reflection. It is the method of rational analytic practical ethics that we aim to advance. The vision is Socratic, not missionary. We seek to be inclusive, encouraging debate between different approaches to ethics, aiming to resolve disagreements and identifying key areas of consensus.

Practical ethics should not only advance knowledge by deeper, rational ethical reflection and dialogue, it should change people’s hearts and so better their own lives and the lives of others.