A POEM FOR SIR ROGER BANNISTER 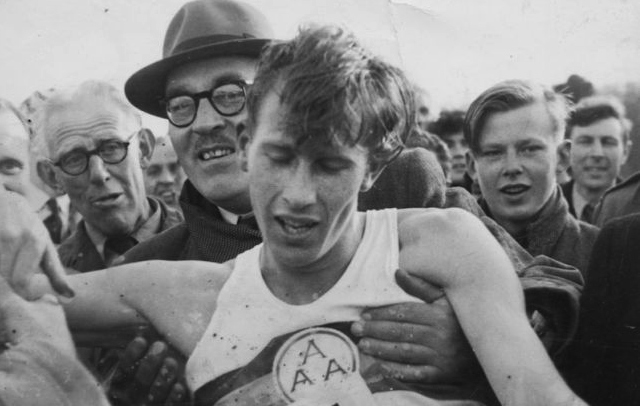 A POEM FOR SIR ROGER BANNISTER

A poem about the Four Minute Mile

In November 2016, 61 years after the late Sir Roger Bannister set the four-minute mile at Oxford’s Iffley Road Track, fellow student Roger Shakeshaft (Lincoln, 1953) shared unique memories of watching the record being set in 1954 (Link below). Following the death of Sir Roger on March 3rd, 2018, and as 2018 approaches its close, Roger has offered QUAD a poem recalling that remarkable early Spring day so long ago:

To find, tucked in the river Cherwell’s basin,

Here, a year from Everest and the Coronation,

Three Achilles meet and plan to carve their notch.

One of them will run four circuits on the track

Against the second hand’s four circuits on a watch.

Is it on? The wind is strong; let’s wait a sec;

Saint George’s flag is dipped to start the race.

The second hand is breathing down his neck.

The tape, the wait and then McWhirter’s ‘three’.

We cycled from the Turl with hopes and doubts; but fears

Changed to bliss that day, to last for over sixty years. 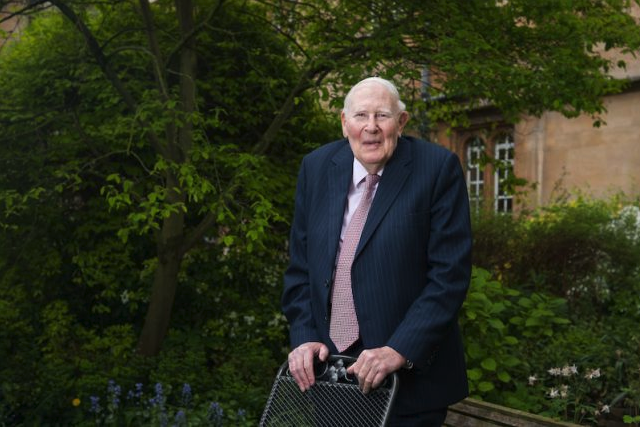