REWILD THE ARCTIC TO ADDRESS BIODIVERSITY AND CLIMATE 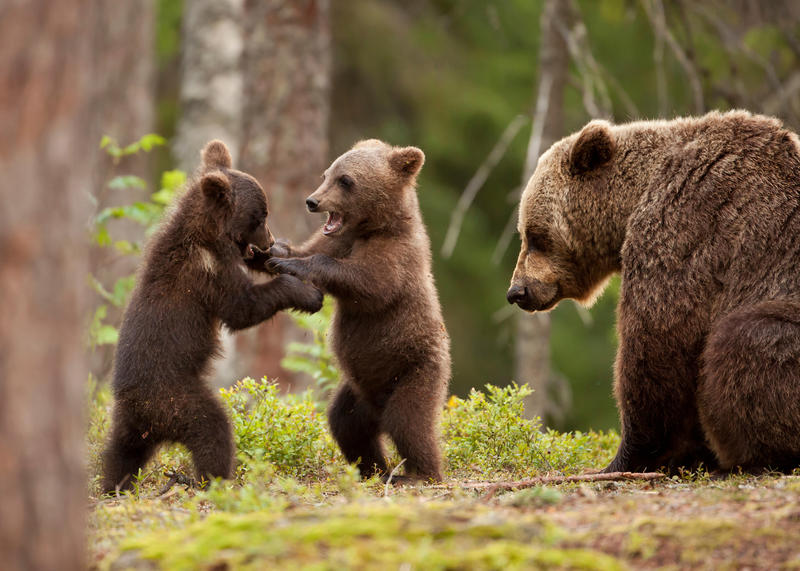 REWILD THE ARCTIC TO ADDRESS BIODIVERSITY AND CLIMATE

The wide-scale introduction of large herbivores to the Arctic tundra to restore the ‘mammoth steppe’ grassland ecosystem and mitigate global warming is economically viable, suggests a new paper

Grazing animals such as horses and bison are known to engineer the landscape around them, for example suppressing the growth of trees by trampling or eating saplings. When this process is harnessed to restore an ecosystem to a previous state it is called rewilding. It can also be used to change one ecosystem into a different but more desirable state. This is referred to as megafaunal ecosystem engineering.

In many parts of the world, forest ecosystems are considered the most important to restore due to their ability to store carbon. But in the Arctic tundra shifting the landscape from woody vegetation to grassland would enhance the protection of the carbon-rich permafrost, reduce carbon emissions associated with permafrost thaw and increase carbon capture in the soil. 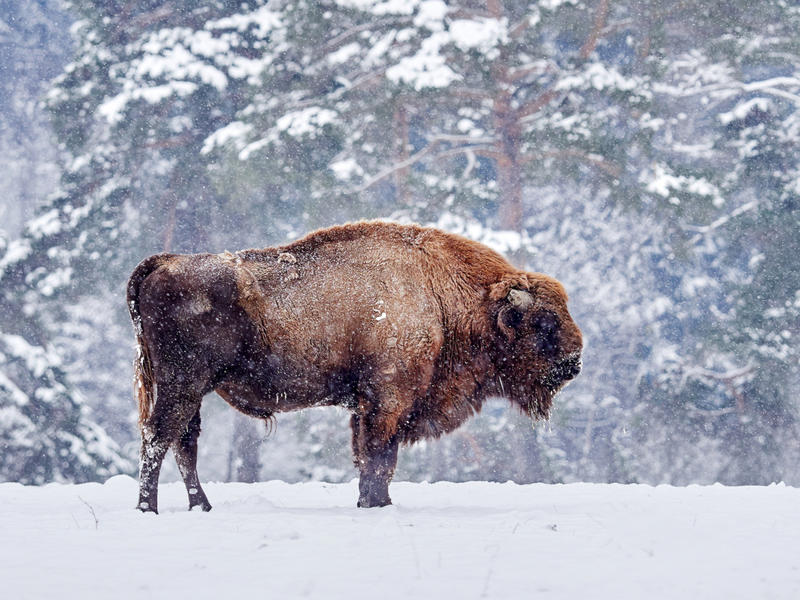 Wisent, or European bison. Five wisents, one adult male and four juvenile females, were introduced in the Pleistocene Park in April 2011

This grassland ecosystem – called the ‘mammoth steppe’ – existed during the Pleistocene period, but was lost when large herbivores such as woolly mammoths went extinct. Horses and bison could act as eco-engineers to transform present day tundra back to grassland. By removing woody vegetation, enhancing grass growth, and trampling on snow in search of winter forage, large mammals increase the amount of incoming solar energy that bounces back to space – known asalbedo.  Grasslands also favour the capture of carbon in the deep roots of grasses, and enable cold winter temperatures to penetrate deeper into the soil. Altogether, these changes would have a net cooling effect on Arctic lands and delay permafrost melt.

“The Arctic is already changing, and fast. Taking a ‘do nothing’ approach now is a decision to allow rapid, irreversible changes to occur,” says lead author Dr Marc Macias-Fauria, head of the Biogeosciences Group at the School of Geography & the Environment. “Although the science of Arctic eco-engineering is largely untested, it has the potential to make a big difference and action in this region should be given serious consideration.”

The Oxford-led study estimates that carbon emissions from thawing permafrost could be around 4.35 billion metric tonnes per year over the 21st century. This is around half as much as fossil fuels emissions and three times more than estimates of the emissions produced by current and projected land use change.

“Considering land use strategies aimed at protecting the Arctic permafrost has similar implications for climate change as land use decisions in other regions which currently receive much more attention,” explained Professor Yadvinder Malhi, leader of the Ecosystems Group at the Environmental Change Institute. “We are not used to thinking about the Arctic in this way.”

The Pleistocene Park, a family-run grassland restoration project currently operating in north-easternmost Russia, has already shown promising results. But the paper highlights that the scale of animal introductions needed to have a significant impact on Arctic tundra and therefore global climate poses a significant challenge. As a starting point there is now a need for large experiments at the interface of science and practice.
The fossil record has been used to estimate that in the Pleistocene, 1 mammoth, 5 bison, 7.5 horses, 15 reindeer, 0.25 cave lions, and 1 wolf per square kilometre roamed the area – around the animal density of present-day African savanna game reserves. Rewilding efforts would initially focus on bison and horses. Researchers cost the introduction and monitoring of three large-scale experimental areas consisting of 1,000 animals each at US$114 million over a period of 10 years. On a yearly basis, these areas would be able keep up to 72,000 tonnes of carbon in the ground and generate US$360,000 in carbon revenues alone, increasing once the research phase was conducted and scaling enabled more cost-efficient practices. Returns could be significantly higher if Arctic countries introduced carbon tax and pricing mechanisms, and the study constitutes a potential opportunity for UK-Russia cooperation on climate change mitigation. The logistics, costs and social considerations necessary to rewild the Arctic would be a monumental task – but the climate payoff could be mammoth.

Eco-engineering is one example of a natural climate solution, part of the wider framework of ‘nature-based solutions’. The concept of nature-based solutions broadly refers to working with and enhancing nature to help address societal challenges, and is rapidly gaining traction around the world.

The paper is part of a thematic issue of Philosophical Transactions of the Royal Society focused on the interaction between ecosystems and climate change.

Based within the University of Oxford's Social Sciences Division, the School of Geography and the Environment (SoGE) is a dynamic, diverse, interdisciplinary academic department, home to natural and social scientific interests. The School is internationally recognised for the quality of its teaching, research and wider engagement across the breadth of human and physical geography and environmental studies.

The Environmental Change Institute at the University of Oxford was established in 1991. Its aim is to organize and promote interdisciplinary research on the nature, causes and impact of environmental change and to contribute to the development of management strategies for coping with future environmental change.