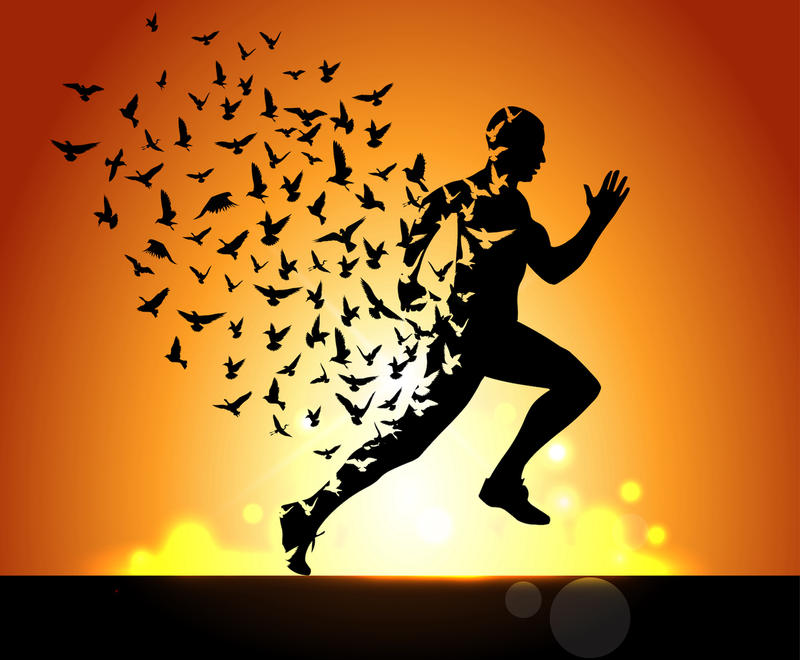 Phil Hewitt (Hertford, 1982) was stabbed and left for dead...here's his story

The trouble with being stabbed, assuming you survive, isn’t so much the knife that goes into you. No, the real trouble is the mess of thoughts it leaves behind– thoughts, in my case, far harder to deal with than the physical injuries.

Phil running the Portsmouth Marathon, down on the seafront

But the good news – for me, at least – is that what began as an attack in which I could so easily have died has now ended up as a book, a celebration of running, the thing, alongside family and friends, which got me back on my feet. Literally!

My new book Outrunning the Demons was published by Bloomsbury in the UK in January – and comes out in the US in March, and Australia in April.

And for me, as I hold a copy in my hands, it represents a recovery which will probably never be complete, but which has certainly been strengthened by the book itself.

Outrunning The Demons is a volume which was written in blood, sweat and tears. Its publication is a personal landmark as I try – with increasing success – to put distance between me and a pretty ghastly day in February 2016.

I was walking back from watching England lose a one-day international against South Africa at the gorgeous Newlands cricket ground in Cape Town. And I was stupid. I made bad decision after bad decision. I carried on walking when I should have walked back, and I walked straight into danger – danger quickly realised.

In a ghastly, grim, crime-ridden suburb, I was stabbed twice in the leg by a mugger demanding my camera. The weird thing is that the stabs felt like punches, which is probably why I fought back. I pulled him to the ground, where he started kicking me in the back, which was the moment I looked down to see my leg was awash with blood. No, those punches most definitely weren’t punches. 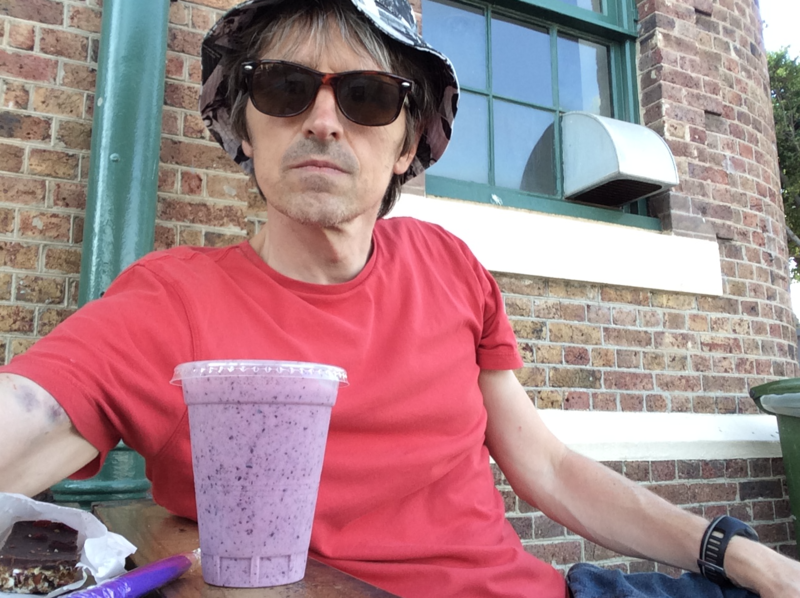 A bit pale and shocked, in Cape Town a few days after the attack, some bruises still visible

I let go of my camera, and my attacker got to his feet and loomed over me. I wasn’t getting up. To make doubly sure, he unleashed a volley of kicks to my chest and stomach before legging it through the rubble and undergrowth.

Thank goodness, a passing pizza delivery driver stopped within a couple of minutes. There was an awful lot of blood. He bundled me into his car just as I was thinking that my number was probably up.

And he whisked me to hospital. 15 stitches. Three broken ribs. A bruised liver. And one very, very messed-up head. And that was the problem.

I like to know things. That’s my nature. But suddenly I was in a world where I knew nothing at all. What did the knife look like? I hadn’t seen it. Where had my attacker been all day? What did he get for my camera? Did he stab anyone else that day? How grubby was the knife? How many people did he stab that day? How many people has he stabbed since?

Does he remember me? Is he even alive? Surely, you can’t carry on doing what he was doing with impunity.

Questions, questions, questions – but all I had and have still is the complete impossibility of answers, especially to the big ones: what would have happened if pizza driver Steven had simply driven on by? Do I owe my life to fluke or masterplan? I haven’t got a clue.

Within a couple of weeks, out and about for the first time, I had a horrible panic attack in a busy shopping precinct. I don’t think anyone noticed, but for five minutes, if anyone had touched me, spoken to me, even come near me, I would have dissolved into tears. I just wanted the ground to open up beneath me. 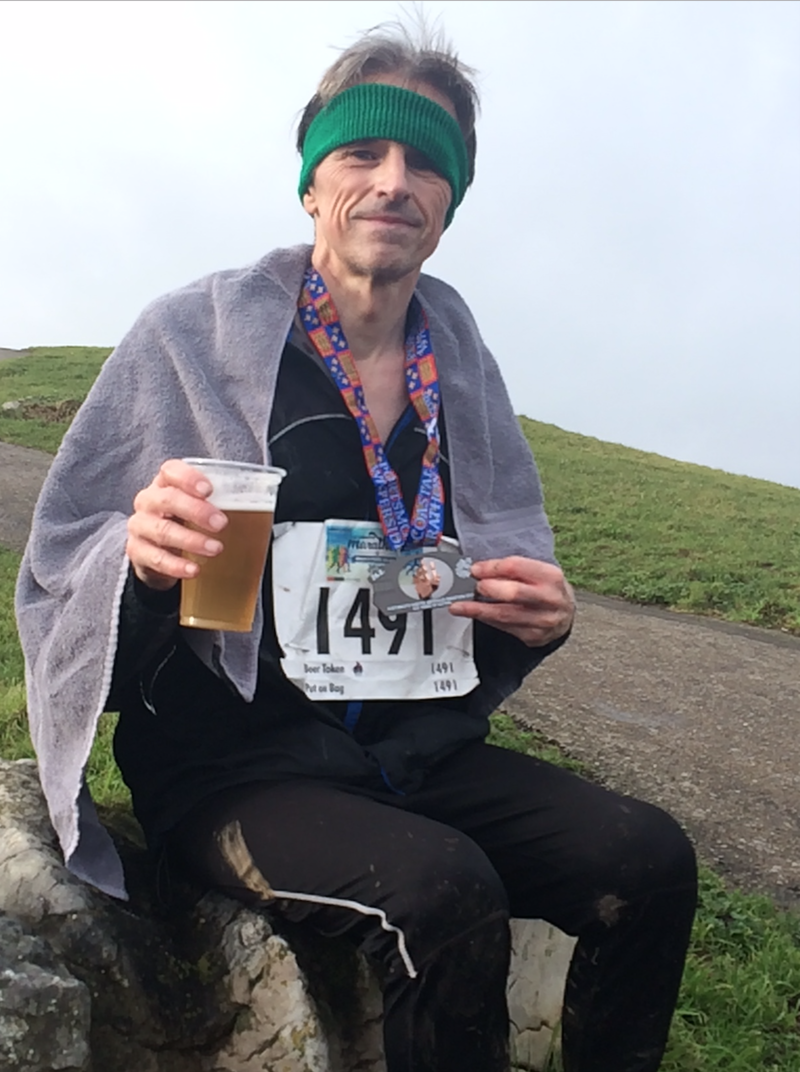 So what did I do? The next day I did what I have always done. I ran. And it hurt like hell. Broken ribs. Flesh barely healed. But something lifted. I have still got Post Traumatic Stress Disorder (PTSD) and frankly can’t see it shifting any time soon, but running gave me strength. It makes me me again, and it was running that started to put me back together again – a story I wanted to tell.

I approached publishers Bloomsbury in London. They asked me to broaden the story, to interview runners around the world who have shared experiences similar to mine, and in that moment, Outrunning the Demons was born.

The book starts with my first marathon after the stabbing, my 31st marathon in all. It finishes with that marathon’s finishing line, a moment when the emotion was simply overwhelming.

In between are 34 interviews with people from the UK, the US and Australia who have been to hell and have found that the surest, quickest, safest way back is to run.

These are people who have lost loved-ones to murder, have been caught up in terrorism, have suffered depression, addiction, alcoholism or bereavement, have been viciously attacked, have braved horrid illness, have suffered the horrors of war or been on the wrong end of outrageous misfortune. 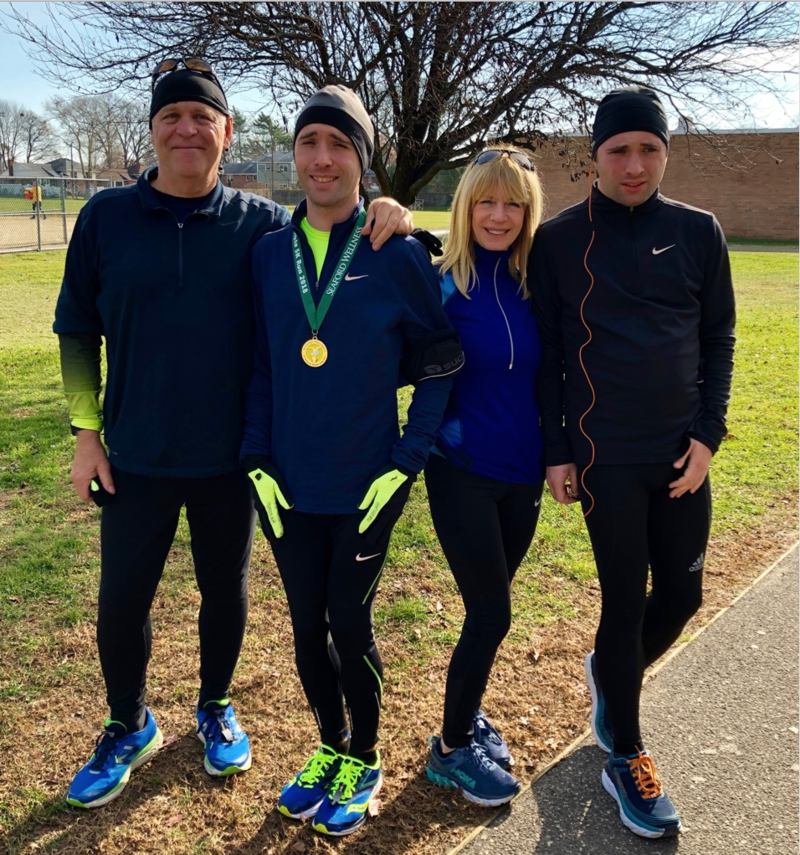 The Schneider family live in New York and feature in Phil's book. The twin boys Alex and Jamie were diagnosed with severe autism, but have found strength and purpose through running. Their mum Robyn says running has saved the family.

These are fantastic people. Wonderful people. Open. Warm. Wise. Generous. Brave. Just fabulous. I am really hoping their stories will touch you as much as they have touched me.

It deals with tough things, but it is not a tough read. It is a book about hope – hope my interviewees have helped me share.

Phil went on from Hertford to read for a DPhil in French at Wolfson College, 1987-1990.

Outrunning the Demons (Bloomsbury Sport, 2019), is available from Amazon.