THE TRUE ORIGIN OF THE MONGOLS? 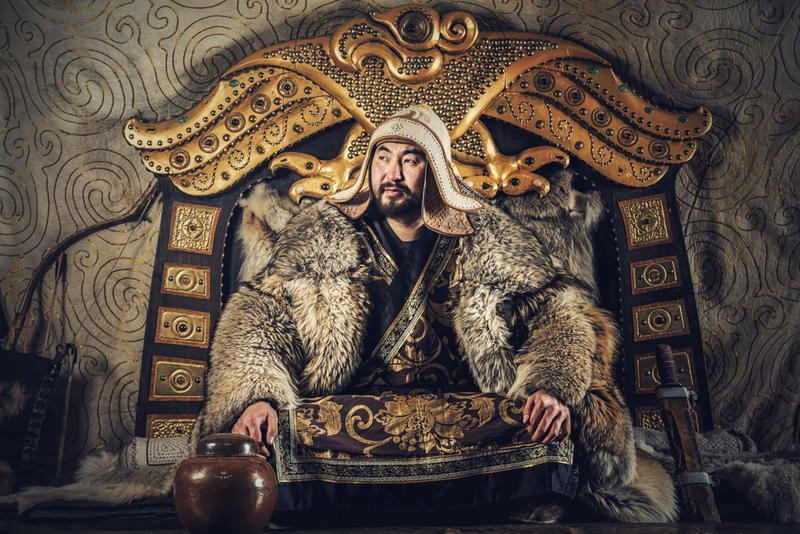 THE TRUE ORIGIN OF THE MONGOLS?

I was in north China last summer, researching a book on Hulunbuir, a region that takes China surging up past Mongolia and into Siberia. Vast grasslands in the west and south give way to the forested Xingan mountains in the north and east. A quarter of the autonomous region of Inner Mongolia, Hulunbuir is a fraction larger than the UK, but with a population of only 2.5 million. Just under 10% are Mongols. Yet their culture is ever-present - in their vertical script, their costumes, their music and in the popularity of the greatest of all Mongols, Genghis Khan. Locals claim he often came here, because this was where his ancestors originated. Genghis and his descendants conquered all China, with notorious brutality. I wondered why the Chinese are so keen to promote him. 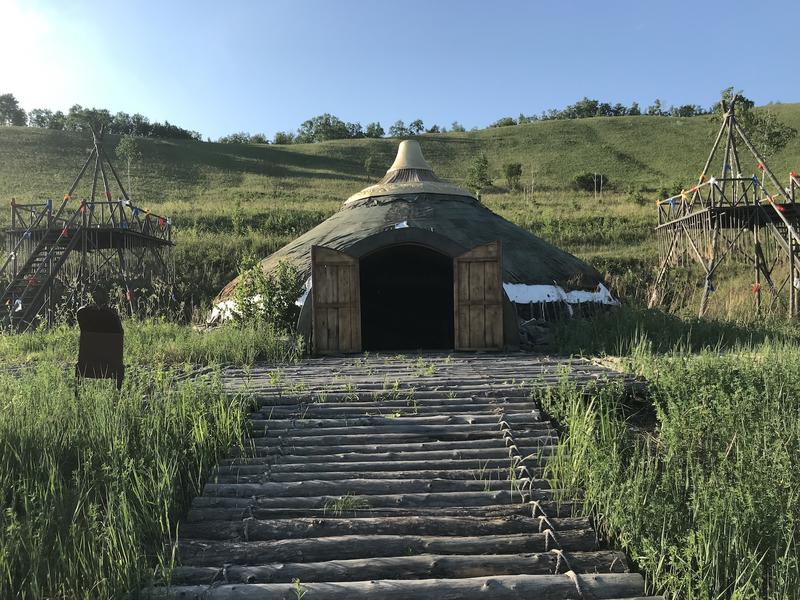 Some 300 kilometres north of the capital Hailar, the road passes a broad arch flanked by four buildings, each topped by a dome in the style of a Mongolian tent. Flags fly from the roof. Beyond the entrance forested hills range over 400 square kilometres. A sign proclaims this to be the ‘Origin of the Mongols’. 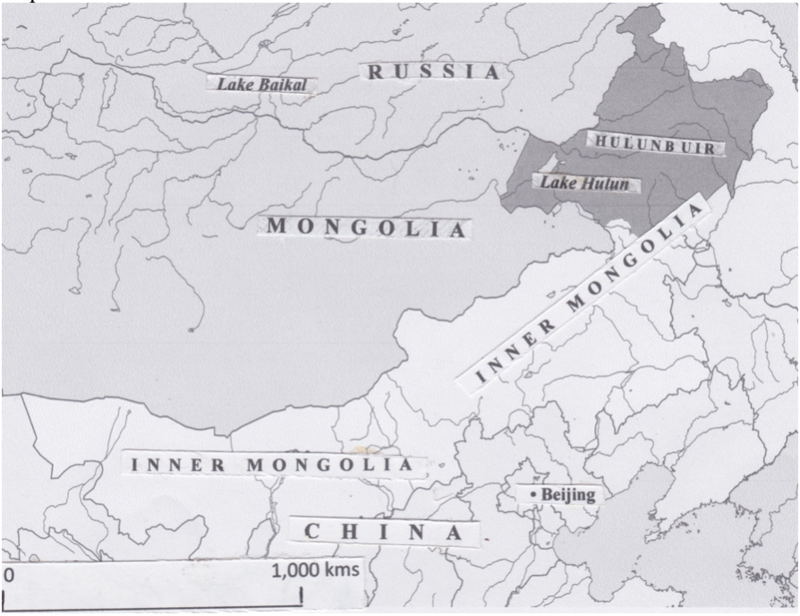 China’s northern frontier is very big and very empty. Hulunbuir, part of Inner Mongolia, is the size of the UK with a population the size of Manchester. Inner Mongolia is an ‘autonomous region’ (like Tibet and three others) in recognition of the high proportion of minorities – Mongols being the most populous of four. Mongolia, once the heart of a mighty empire, later a Chinese colony, has been independent since 1911, in the Soviet sphere until 1992, and now precariously balanced between two giant neighbours

From today’s perspective, that seems odd. Aren’t the Mongols people of the grassland, their homeland Mongolia? Well, yes, but this was not always so. Their famous foundation epic, the Secret History of the Mongols, says they came there over the ‘Tengis’ - the sea or lake – 22 generations before the birth of Genghis Khan in 1162.  What an academic storm that word has produced. What ‘Tengis’ exactly? Some scholars argue for Lake Baikal in Siberia, others Lake Hulun, which with its smaller neighbour, Buir, gives its name to the region.

There are reasons for the claim. In the 5th century, say the scanty sources, a forest people known to the Chinese as Shiwei dominated the forests of the north-east, across Manchuria. One of its 20 tribes, living in the western part of their range, were the Meng-wu, or Mongols. They moved on to the steppe, became herders and settled along the Erguna River, which now marks the Sino-Russian border. They were there for four centuries, before most of them migrated to their new homeland in Mongolia. 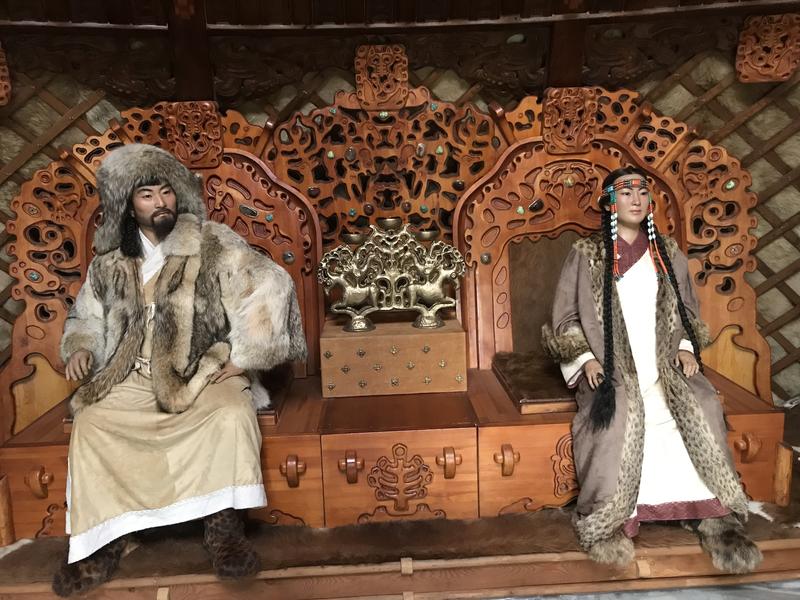 But they kept old links. Top Mongols chose their mates from a group known as Ongirat, who lived south and east of Lake Hulun. They were famous for their beautiful women. Genghis’s mother Hoelun was an Ongirad, and so was his first wife, Börte. Other Ongirat women also became empresses, including the senior queen of Kublai Khan (Genghis’s grandson), and another 14 queens of later emperors.

New connections followed. In 1201-3, young Temujin, the future Genghis, was in the midst of operations to defeat his enemies, before declaring himself khan with his new title in 1206. His principal foe was his childhood friend and blood-brother, Jamukha. At one point, Genghis was near defeat and rallied a small team of loyal followers at an unidentified lake named Baljuna. The two rivals fought it out at a place called Khuiten (Cold), somewhere south of Lake Hulun. Mongols still celebrate the battle as one of the most significant in Mongol and Chinese history. Twice a year, on June 15 and August 15, they gather in their thousands to climb a 300-metre hill, Holy Mountain (Bogd Uul), 10 kilometres south of Lake Hulun, to honour Genghis’s victory.

So there are superficial reasons why the site is called the Origin of the Mongols, and why displays support the claim. 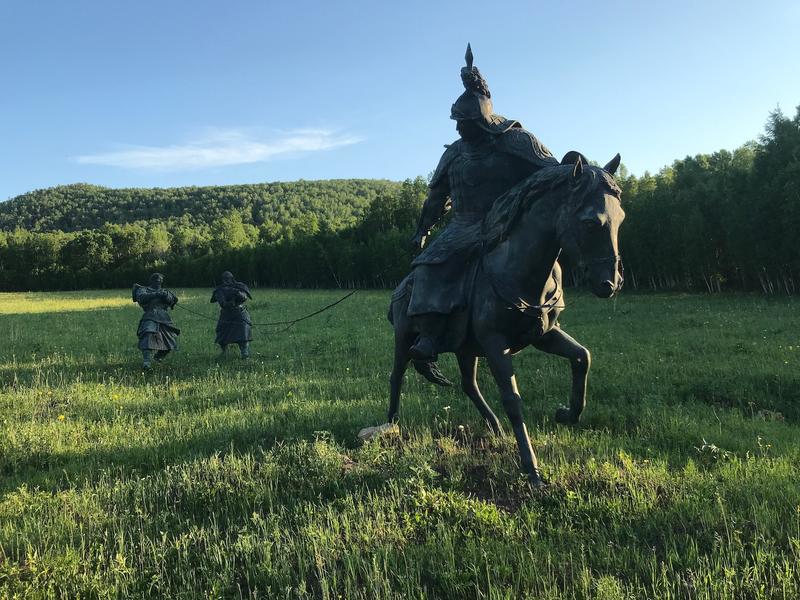 At the head of the valley, looking out over grass and scattered trees, is a tent containing a dozen waxwork figures: Genghis holding court, with envoys of many nationalities. Below is a shaman’s hut, guarded by tree-trunks draped with black ropes, an ominous portal to the Blue Sky, the Mongols’ supreme deity. Further down the valley is a muddy pond, labelled ‘Lake Baljuna’, as if this is the actual place where Genghis started his come-back. Opposite, on a steep little hill, looms the statue of a horseman – Bodonchar, ancestor of Genghis’s ‘Golden Family’. Nearby stands a mock campsite with larger-than-life bronze statues in a moment of high drama. Genghis’s father, Yisugei is returning from a campaign in which he has caught a Tartar chieftain, led by a chain. He is Temujin, the name Yisugei is about to purloin for his new-born son. Hoelun, his wife, holds little Temujin-to-be.

What are we to make of all this? Well, there is no connection between this forest and the Mongols or their Shiwei ancestors.

But that’s not the point. The displays are designed to claim the whole of Mongol history for China. Politically, today, this is important. Genghis’s grandson, Kublai Khan, conquered all China, and united it, together with Tibet and Mongolia. He could rule this vast estate (and claim authority over much of Eur-Asia through relatives) only by becoming a Chinese emperor, with a dynasty of his own, the Yuan. In Mongol eyes, China was part of greater Mongolia. In Chinese eyes, Mongols are in fact Chinese, back to Genghis, and beyond.

This all backs up China’s position on its Inner Asian borders. Once, this region was very un-Chinese, much disputed with Turks, Mongols, Manchus, Russians and finally Japanese. In 1949 it became part of Mao’s resurgent China, which asserted its claim with Orwellian precepts: by controlling the past, she aims to control the present and future.

The site makes clear to visitors that the Mongols, Genghis and his empire are part of China. Does the fact that Mongolia itself has been independent since 1911 negate this belief? Not at all. China takes the long view. Mongolia’s independence may be a brief hiatus. If Mongolia should ever fall back under Chinese control, it would for China be a return to the natural order as created by Genghis, that great Chinese conqueror. 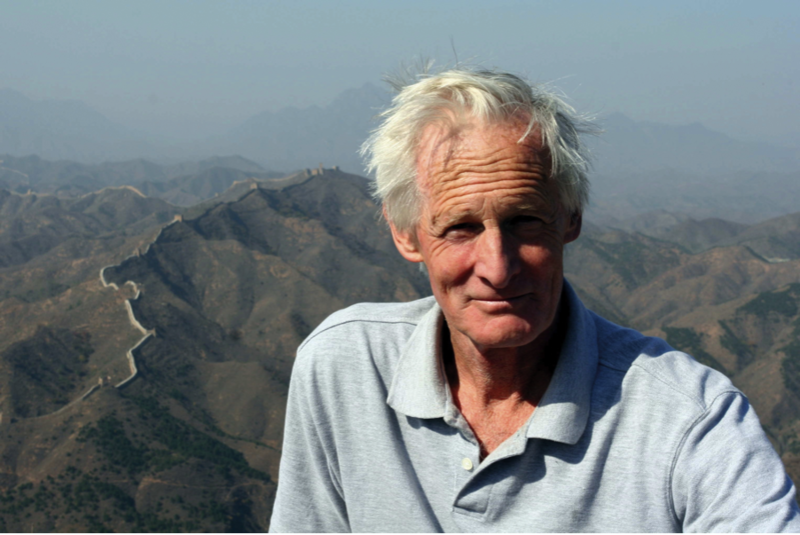 John Man (Keble, 1960-65), read German and French, then Mongolian at SOAS. Focusing on Mongolian history and culture, he has 16 books in print. Genghis Khan: Life, Death and Resurrection is in 21 languages, including Chinese and Mongolian. His latest book is Barbarians at the Wall, The First Nomadic Empire and the Making of China (Penguin, 2019).