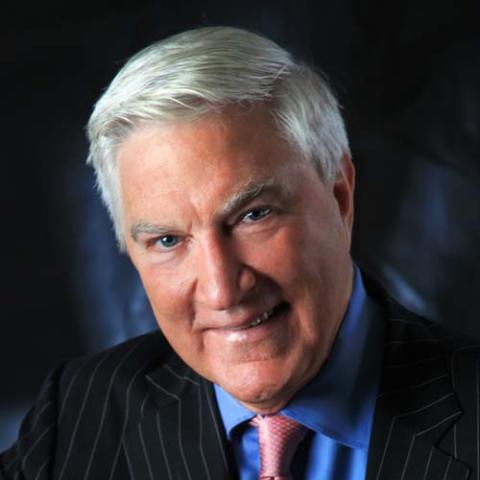 At 6’ 11’’ and from a sporty family, the American was always destined for basketball, and he played at the highest levels, including in the controversial final between the US and USSR at the Olympic Games in 1972.

A Rhodes scholarship to read Philosophy, Politics and Economics (PPE) at University College in Oxford followed, and he juggled his studies simultaneously with a professional basketball career. After 11 years playing in the NBA, McMillen embarked on his political career, serving three consecutive terms as a Democratic Congressman for Maryland.

In this interview, McMillen also reflects upon his ‘multiple career disorder’, discusses US politics, and predicts victory for Hillary Clinton in the 2016 presidential race for the White House. The interview was recorded at the Alumni Weekend in North America in Washington DC in April 2016.

Listen next from QUADcast

17 August 2017
Editor of the Financial Times

2 May 2017
Athlete and neurologist

1 March 2017
President and CEO of the International Rescue Committee

15 July 2016
Politician and chair of the Alumni Board

3 May 2016
Comedian and broadcaster

2 December 2015
Director and CEO of the Oxford Playhouse

21 July 2015
Chancellor of the University of Oxford