ALUMNI STORIES: ‘I WANTED TO SHOW HOW TECHNOLOGY COULD DISRUPT THE HIGHER EDUCATION SECTOR AND LEVEL THE PLAYING FIELD FOR STUDENTS’ 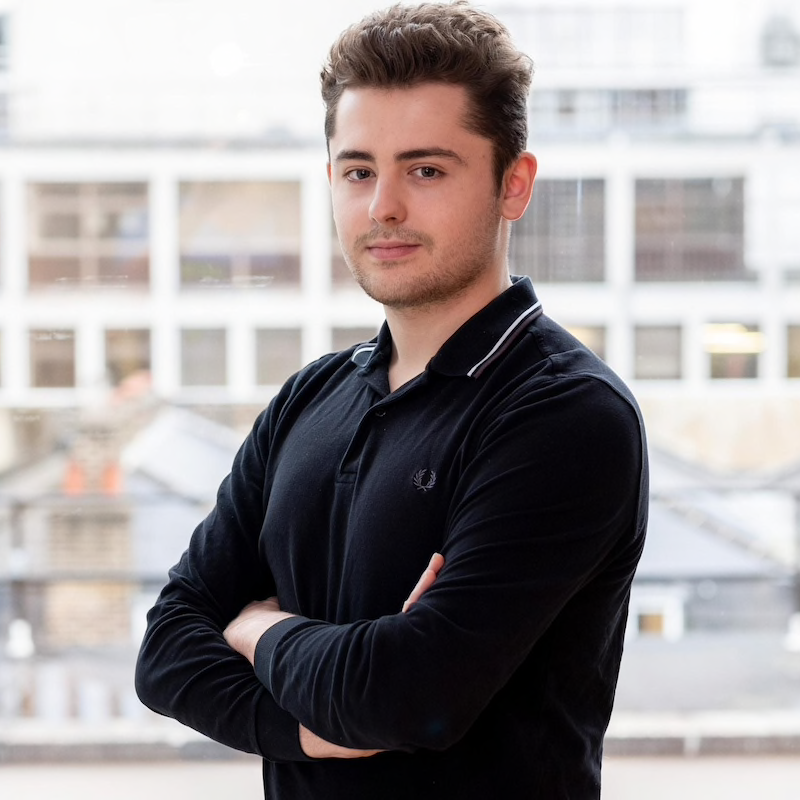 ALUMNI STORIES: ‘I WANTED TO SHOW HOW TECHNOLOGY COULD DISRUPT THE HIGHER EDUCATION SECTOR AND LEVEL THE PLAYING FIELD FOR STUDENTS’

Joe Seddon (Mansfield, 2015) recently received The Diana Award for his work through his company Zero Gravity

You came to Oxford to do PPE, what prompted you to apply?

Oxford wasn’t really on my radar until I got my GCSE results. It was only then that I started to think: ‘maybe I do have what it takes’. So I did some research online and stumbled across some YouTube videos created by current Oxford students about life in the dreaming spires. One of those students studied PPE and the variety of topics he seemed to cover in any given week appealed to me as someone with a broad range of academic interests. I’d always wanted to get a sense of how the world really works, so I thought studying three different but inter-related subjects would be my best chance at achieving that.

What are some of your favourite memories of your time at Oxford?

On the academic side, I had an incredible philosophy tutor called Paul Lodge who introduced me to some of the giants of early modern philosophy and made their – often abstruse – writing just about comprehensible. By my ﬁnal year, I was attending philosophy conferences where I directly engaged with the academics who featured on my reading lists – proper exposure to the cutting edge of philosophical thought! On the less academic side, my friends and I always enjoyed a good old Fever Friday – the home of the £1 VK!

You recently received The Diana Award, which is given to young people who work to improve the lives of others, for your company Zero Gravity – tell us a bit about it.

Zero Gravity is a digital platform that mentors students from low-income backgrounds into the best universities and careers. I initially launched because I wanted to show how technology could disrupt the higher education sector and level the playing ﬁeld for students across the UK. Since then, we’ve grown into one of the UK’s leading social mobility organisations, mentoring over 1,000 low-income students into highly-selective universities, including 261 students into Oxbridge. I’ve now raised half a million pounds of social impact investment to scale Zero Gravity and I manage a growing team of staff from our ofﬁces in Central London.

How did you feel when you received the nomination, and then the award?

I’d just ﬁnished watching the latest series of The Crown, so it felt pretty surreal to receive an out-the-blue email letting me know that I’d won the award! It’s a great honour to be recognised for the social impact Zero Gravity has created and to now be part of carrying Princess Diana’s legacy forward. And although there wasn’t an in-person award ceremony this year for obvious reasons, it was pretty cool to receive a video message from Prince Harry congratulating the award recipients.

What prompted you to begin Zero Gravity?

Despite coming from a small town in West Yorkshire, I grew up wanting to be a tech entrepreneur. I was obsessed with the tech innovations coming out of Silicon Valley, and I wanted to be part of the movement using technology to drive social progress. Despite that lofty ambition, I didn’t really know how to get going. So when I graduated, I reﬂected on the problems I’d faced in life and, in particular, my experience of applying to university as someone from a background where few reach the top universities and careers. I quickly realised that very few people had thought seriously about leveraging technology to solve this problem at scale. So I decided to try and change that!

How did you begin?

Zero Gravity had very humble beginnings. When I graduated from Oxford, I turned down all my job offers and moved back to home. I gave myself a three-month deadline to launch a start-up from my bedroom and used the last £200 of my student loan as my ‘seed capital’ to get started. The early days were tough: I’d stay up late into the night coding new features for our digital platform and answering emails. But everything started to change when students who used the app began to win offers from universities like Oxford and Cambridge - many becoming the ﬁrst in their school to do so. Some of the incredible success stories started to get picked up by the national press. That coverage enabled me to connect with the individuals and organisations who backed me to take my venture to the next level.

Do you have a favourite success story from the company?

One success that particularly stands out is the story of Milly Ayers. Milly comes from a Showman Traveller background and dropped out of school at the age of 13. But she still managed to scrape passes in her GCSEs and decided to go back to school for her A-Levels. Milly joined Zero Gravity last year and worked with one of our mentors, a Classics student at Oxford, to self-teach Latin and deepen her knowledge of Classics, the subject she aspired to study at university. Milly was mentored through the university application process and now has an offer to study Classics at St John’s College, Oxford. Since then, Milly’s story has been featured across the national media, and she’s even been interviewed on Channel 4!  It’s fantastic to see students like Milly tell their stories of defiant ambition and become an ambassador for the next generation. That’s what Zero Gravity is all about!

What do you see next for the company?

I want Zero Gravity to be the organisation responsible for supercharging social mobility: initially in the UK and then the world. In the same way that Wikipedia revolutionised access to information, I want Zero Gravity to become the household name known for supporting the brightest talent into the best universities and careers – regardless of parental wealth or geography.

Did you always see yourself as being an entrepreneur and in social enterprise?

Despite being in the social impact sector, I’ve always thought of myself as an entrepreneur ﬁrst and foremost. I like solving complex problems, and how we create a society where those with talent can succeed – no matter their backgrounds – is one of the most intractable problems of human civilisation. Technology makes it possible to disrupt the traditional ways of doing things and develop innovative solutions which scale fast at low cost. I think we’ve only just scratched the surface on how technology can be used to drive social progress. In the past decade, the tech industry has been too focused on leveraging technology to extract ﬁnancial value with questionable social impact. However, technology has the potential to be a force for good – and I’d like to be part of leading that movement.

What do you think makes a great entrepreneur?

Over the past couple of years, I’ve been lucky enough to get exposure to several great entrepreneurs, some of whom have become incredible mentors.

What I’ve noticed is that the great entrepreneurs I’ve come across share two key features. The ﬁrst is a profound self-conﬁdence about their ability to shape the world. If you want to disrupt an entire industry you have to be naive enough to get started in a situation where the most likely result is failure, whilst arrogant enough to think you can succeed where others have previously failed. The second is an obsession with product. Great entrepreneurs sweat over the details: whether it’s building a standout brand, ensuring your app has a UI which delights customers, or sending thoughtful emails to investors – great entrepreneurs don’t cut corners on the stuff which matters.

How do you think that Oxford changed you?

Oxford instilled a belief that I could defy my own gravity. I entered the university as an 18-year-old from a single-parent background in an area of the country that most people can’t point to on a map. I left with a sense that – if I worked hard enough – I could defeat the odds and go boldly where no one has gone before. I’m still at the beginning of my journey, but I’m hopeful that this is just the start for Zero Gravity and my career as a social entrepreneur. The best is still to come!

Find out more about Zero Gravity and the work they're doing.