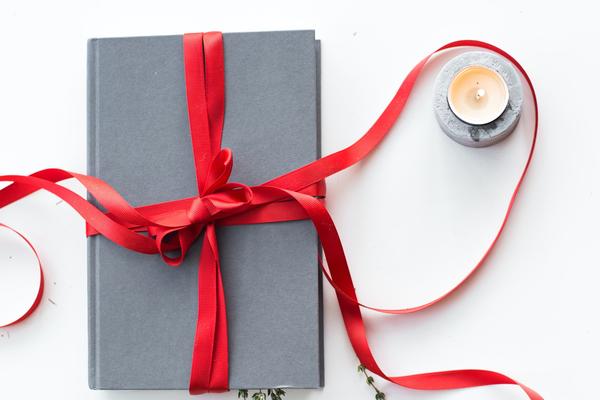 QUAD’s Off the Shelf series for December 2021 turns towards seasonal matters, with something for everyone 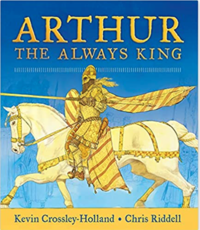 The eminent author and poet Kevin Crossley-Holland (St Edmund Hall, 1959, also an Honorary Fellow) has long been fascinated by legends of Arthur. For the crowning glory of his Arthurian tellings he has teamed up with the Observer cartoonist and hugely popular children’s illustrator Chris Riddell to produce a feast of words and pictures. It is firmly set in Britain: Sir Ector lives close to Tintagel, the Green Knight’s castle is near the Wirrall. The knights are far from perfect. They undergo ordeals and learn from them to value loyalty and duty as well as love. Today literature is sadly short of heroes for young people to aspire to emulate. The Always King reminds us that ‘Each of us must have a dream to light our way through this dark world.’

The layout subtly echoes that of medieval manuscripts, a block of two columns on most pages with a riot of illustration around and behind them. Words sing off the page: a ‘flourish of ladies’ accompany their chosen knights. ‘How long did they embrace? As far as it is from memory to imagination.’ By giving new emphasis to the devastated wasteland around the Fisher King and the challenge of healing them both, Crossley-Holland’s book becomes a call for action well matched to our apprehensive times. 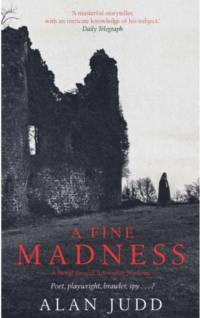 The author (Keble, 1972) has a wonderful range, from a fine back catalogue of novels to the authorised biography of the founder of MI6. But he tells us that this particular project had wormed away at his sub-conscious for a many a year and needed to brought to fruition. What a marvellous piece of fruit! We get a gripping espionage narrative at the height of the Elizabethan Reformation, with Catholic plots left, right and centre and Christopher Marlowe depicted as the young Cambridge undergraduate recruited to the cause by the Queen’s spymaster Francis Walsingham. As many readers will no doubt know, Marlowe died a violent death aged just 29, the exact circumstances of which remain to this day a subject of reflection and controversy. This is where the author has long cherished a particular series of insights based on fresh evidence, expressed here as a subsequent, Jacobean-era confession by Walsingham’s fixer Thomas Phelippes, from prison, in a bid to secure his own release. Any more would be a plot spoiler so consider this volume, still available as a handsome hardback, a cracking addition to any Christmas stocking, particularly if accompanied by a glass of mulled wine or tawny port. 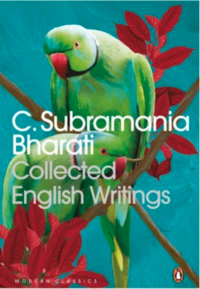 And now we’ll go overseas and completely leave behind the soggy or (perhaps) snowy grey of an English Christmas. Mira T. Sundara Rajan (St Peter's, 1999) has brought together a wonderful collection of writings by C. Subramania Bharati (1882-1921), who has an unrivalled reputation in twentieth-century Tamil literature and has come to be known as the Tamil ‘Mahakavi’, meaning ‘Supreme Poet’.

His work as a poet and prose-writer ignited a Renaissance in modern Tamil writing, but he also wrote and published regularly in English. Mira is his great-granddaughter, and in this authoritative and reliable edition presents Bharati’s English writings, revealing a well informed and cosmopolitan writer, engaging with the world around him, passionately sharing his opinions.

Exploring Indian history and culture, offering a shattering contemporary view of the colonial experience, commenting on political events, advocating for women’s rights and caste equality, and sharing his deep knowledge of the Tamil language and literary tradition, these pieces present Bharati in a new light for a new generation. Mira also has a book podcast, called Bharati100. 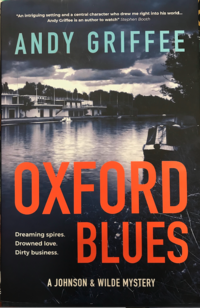 You can’t have Christmas without a bit of skulduggery, preferably set in Oxford. Blackwell's have an entire Oxford crime novel section, a sort of Colin Dexter efflorescence, but this particular volume jumped out. First, it’s the third in a series that began with Canal Pushers and River Rats, so it has momentum (‘the Johnson & Wilde crime mystery series’). Second, it’s a watery world of waterways that features throughout and that’s an original theme when you consider the overweight tendency of this genre to head for dark wooden-panelled Senior Common Rooms, imagined or real. Finally, the author is an ex-BBC journalist who knows how to write and started his career on the Bath Evening Chronicle, a dying breed of news room sleuth who well understands how the world turns and how, as he puts it, murders are typically the result of three motives: hatred, greed and lust. This volume deals with the last… 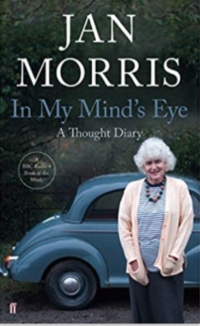 Who else but Jan Morris (Christ Church, 1949), the author of the one of the finest books there is about Oxford and plenty of others on everything, but especially the British Empire. She turns here in her ninth decade to writing her first diary, which might be perilous but it isn’t at all. So much wealth of experience, so many insights, so lightly carried and with such a wry sense of humour. It hunts all over the place but there’s a particularly super entry on cat ownership, and another on why she considers herself an ‘incredulist’ (Hint, hint OED, make room for this word!). The only oddity is why the book jacket (for the hardback edition) places her against a sombre backdrop including a dark grey Morris Minor, when in the very first entry she tells us that her car is a Honda Civic Type R, the boy racer one. Maybe the designer didn’t read it. 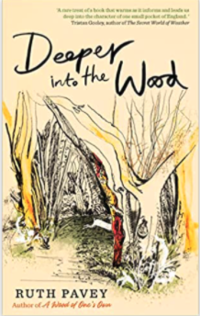 Deeper into the Wood by Ruth Pavey, Duckworth, £10

Over twenty years ago, Ruth Pavey (Ruskin School, 1969) bought four acres of scrub woodland above the Somerset Levels and set out to improve the lush haven for birds, insects and all manner of wildlife. Beneath the shade of the trees she spent two decades planting, the opening phases covered wonderfully in her earlier volume A Wood of One’s Own. In this sequel, she now reflects on the fate of her wood.

As a steward, she has witnessed nature’s forces shifting and the abundance of species dwindling rapidly. When the rabbits suddenly vanished, she knew it was time to take a closer look at the undergrowth and what she could do to preserve the legacy of the wood for generations to come. As with her previous book, Pavey writes, as she puts it, with ‘a certain discursiveness along the way,’ which is why it works. But she isn’t sentimental and neither is the opening epigraphic teaser, ‘In not so wintry winter.’ 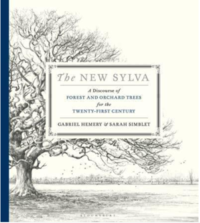 The New Sylva by Gabriel Hemery and Sarah Simblet, Bloomsbury, £35

Still on a sylvan theme, which post-COP26 seems to be a very large and attractive (and scary) theme judging by the sheer volume of books being written about trees and how they can help us, try out The New Sylva, modern counterpart to John Evelyn’s original volume from 1664, then the world’s first comprehensive study of trees. Hemery has his DPhil from Oxford, while Simblet is a tutor in anatomy at the Ruskin School of Art. Although this edition by Bloomsbury updates the original from 2014, it’s a huge achievement with very attractive paper and illustration, and almost 400 pages of sumptuous treatment, hopefully not consuming too many trees in the making. Buy it as a reference book but also so much more, because for each entry we get entries on biology and distribution, silviculture (how to grow it); uses such as timber, pests and diseases and ‘The future’. For example, holly is exceedingly durable but it is also palatable to deer, intolerant of flooding and highly flammable in the face of fire. So it faces headwinds with climate change that might shape planting practices. It’s the forward-looking nature of the book that is perhaps its chief virtue, alongside Sarah’s scalpel-like illustrations, evoking the German masters. 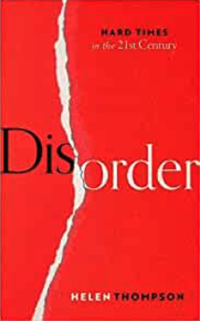 There’s nothing about mistletoe and ivy in this book but you can pre-order it for February publication. It unfurls the tangled web of our times and might offer deeper value than the soothsaying of the Economist or other punditry, the author being a professor of political economy at Cambridge University and an increasingly public figure. There’s a lot on oil; a lot on economics and a lot on democracy. One of her arguments is that the world started towards its current China-USA tension in 2005, years before BREXIT or Trump. The latter were consequences not causes.

If that’s too angsty, then try the following titles all by Oxford University Press: 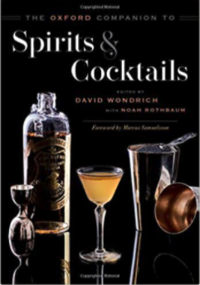 The Oxford Companion to Spirits and Cocktails by Noah Rothbaum, £45

An excellent Christmas gift for obvious reasons, whatever COVID does to the party season. 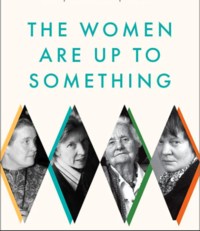 The Women Are Up to Something by Benjamin J.B. Lipscomb, £20

A group biography of philosophers Elizabeth Anscombe, Philippa Foot, Mary Midgley, and Iris Murdoch, who met when they were studying at Oxford. 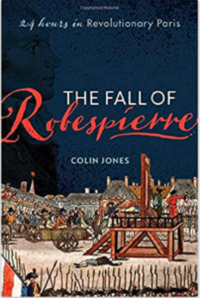 Fantastically well received and reviewed since publication, and it would make a great Christmas gift. 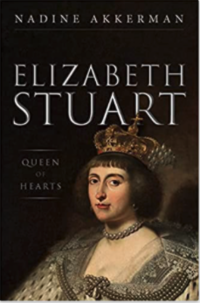 The author, Nadine Akkerman, held a guest fellowship at All Souls a couple of years ago. Widely anticipated and due out in the nick of time on Dec 9.