An extract from our interview with CEO of Stemettes, Anne-Marie Imafidon (Keble, 2006), where she talks entrepreneurship and being a woman in STEM

What drew you to studying at Oxford?

It’s a funny story how I came to Oxford. My desire to go to there came about aged 13. There was something called Connexions at that point, and I did the career survey and it said I should be either a management consultant or a systems analyst. I’d never heard of or met either of them at that point. Connexions told me that you’re 16 times more likely to become a management consultant if you go to Oxford. And in that moment, the deal was done.

Fast-forward 20 years, and you’re now working in the tech industry, when did you first feel that you were a woman in tech?

It wasn’t until I was sent to speak at a conference on behalf of Deutsche Bank, at an event that had three and a half thousand technical women in it, that I realised, ‘Oh my goodness. This is what it’s like when I’m talking tech, but I’m not in a room with middle-aged white guys.’ Nothing against them, my managers have been amazing mentors; but for me it was like, ‘This is so different. This is such a different vibe, it’s such a different environment with different interactions.’ We’re talking about the same technology. How crazy is it that I’m the only person like this where I work? That was when I realised that I was a woman in tech, and one of few. I realised that there was probably something I could be doing about it. 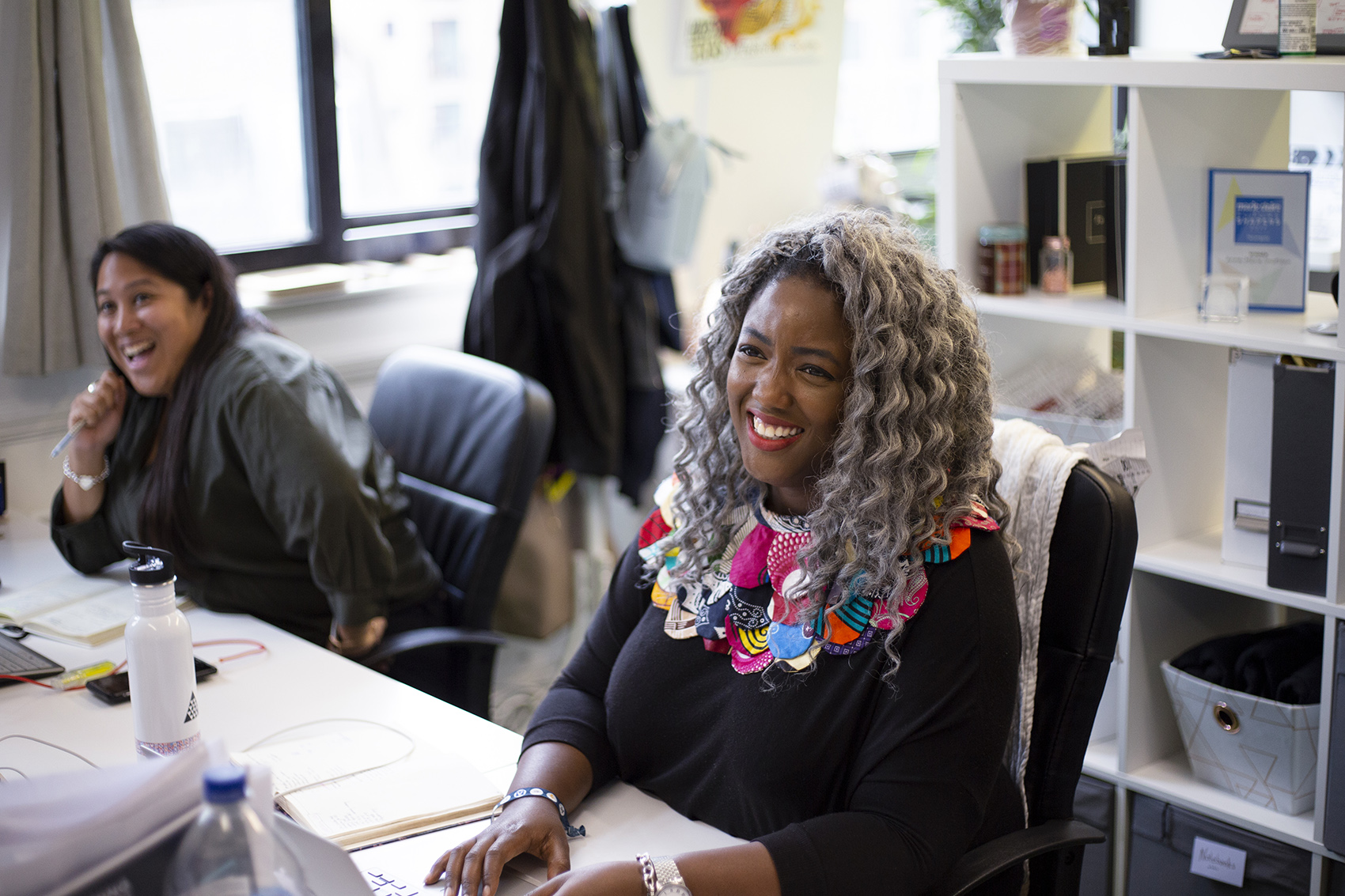 So you created STEMettes – a social enterprise working to inspire and support young women into STEM careers.

When we look at technology, physics, the physical sciences, we have this dearth of women entering the industry. We have a dearth of girls choosing those options academically. We have this notion that it’s just not something that females do. STEMettes was a response to that, to say, ‘Women do it. If TV isn’t showing you, if the movies don’t, if the press isn’t talking about them, they’re there – they’re doing it. But also, you’re missing out on this party basically! And this party is going take over our lives. Our jobs are all going to robots and all these things are happening in technology. And so you really should be there, shaping part of it.’ It was about removing barriers and changing perceptions of what it was to be in STEM.

Have you seen a difference since you launched STEMettes?

We’ve definitely seen a difference in the girls that we’ve worked with. What we see that’s different with them is ultimately a self-confidence thing. It lights a fire under them, to then go and explore more. We see ourselves as almost a gateway drug into some of the other things that are available. We’re also a safe space where we can suspend reality a little bit, and they can see it for what it really is, without encumbering all of the conditioning and the stereotyping.

You spoke before about the potential for robots to take our jobs. Do you feel there’s a risk factor with tech, for shows like Black Mirror, for example, to become a reality?

What I always end up saying to people, when you think of what science fiction is, ‘Do you remember Knight Rider? He talked to the car. We talk to cars now.’ Science fiction is actually science reality. The future is already here. Maybe it’s not evenly distributed, but it’s already here, whether you like it or not. The only hope I have for technology and the technology industry is the work that I’m doing and the change that I’m seeing. Where we’re having lots of different people being empowered by that technology and being able to create technology.