ALUMNI STORIES: 'AT OXFORD I LEARNT WHAT IT MEANT TO BE TRULY INSPIRED BY MY WORK' 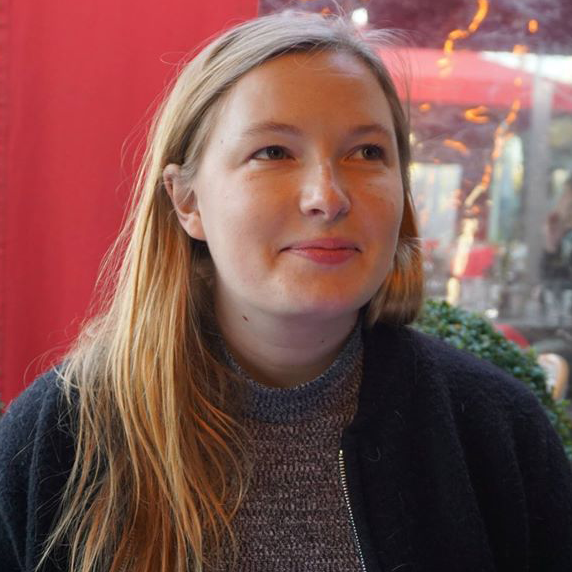 ALUMNI STORIES: 'AT OXFORD I LEARNT WHAT IT MEANT TO BE TRULY INSPIRED BY MY WORK'

What drew you to studying at Oxford University?

I first came up to Oxford to debate: my English teacher had entered us into the Oxford Schools’ Debating competition. I was so taken by the beauty of the city and how the colleges were these enclosed environments. I think having academic interactions with other people my age in the Oxford setting gave me a taste of what it would be like to study there. I was intimidated by the other students I met, but also motivated.

What was your favourite place in Oxford?

Definitely my college, St Anne’s - we really made it our home. We used to hang out in hall for as long as possible, catching up with people from different subjects or on different work schedules. Plus we had a great cafe that was subsidised and I was a big fan of the college bar. We always seem to meet someone new from college there - I made a bunch of friends that way. Taking dinner out on to the quad in the summer was a fun thing that you could do at St Anne’s that wouldn’t fly at less relaxed colleges! 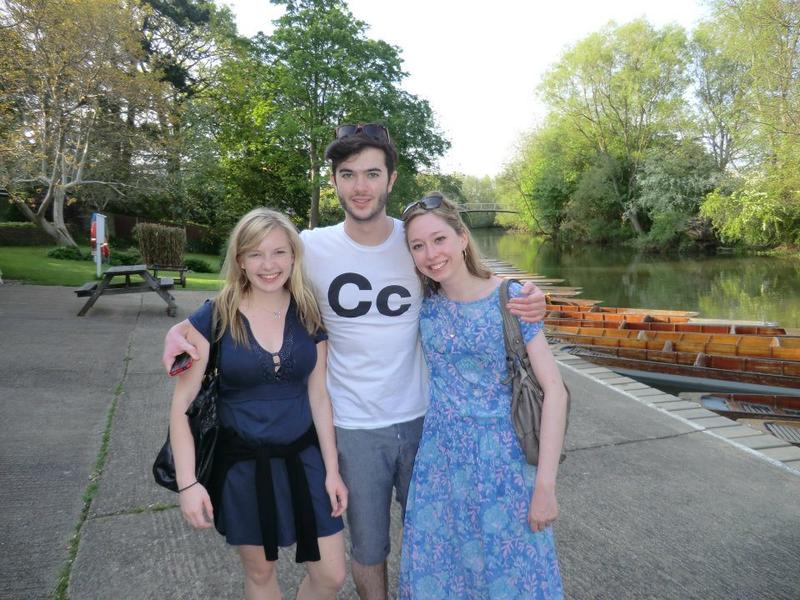 What have you been working on since leaving Oxford?

I’ve just moved back from living in Amsterdam, where I did a Masters in Museum Studies at the University of Amsterdam and was Assistant Curator of an exhibition on exploration and cartography at the Dutch National Maritime Museum. I’m now working as a curator of a collection of early women’s literature and paintings held at Chawton House, the former home of Jane Austen’s brother. It took me a few years to work out what I actually wanted to do for a career and it involved a big shift in my expectations. At first I tried out corporate marketing, but when I realised I wanted to be a museum curator, I had to come to terms with the fact that it was not going to make me rich or be an easy industry to get into and that I’d need to re-train.

What influenced your decision to change careers?

I think, in part, it was my experience at Oxford that influenced me because I knew what it felt like to be really inspired by my work. My degree was never about the job it would enable me to get, but entirely about how exciting and worthwhile I found the study of literature. I think it instilled in me a deep unwillingness to accept anything less from my career. I was also lucky to have a friendship group from university of people with similar ideals and motivations to me. It made it easier to do something less traditional when we were all in the same boat.

Are there any particular memories that stick with you?

When I first got to college I had a meeting with my personal tutor, Dr Matthew Reynolds, where we spoke about anxiety that my work wouldn’t be good enough. I’ve never forgotten what he said and have repeated it to others over the years: that the word ‘essay’ comes from the French, ‘essayer’, the verb to try. So an essay doesn’t need to be a finished product, it’s an attempt. I found it really inspiring and comforting.

Can you tell us a bit more about that initial anxiety?

At school as I got older I became more nervous to speak up with my thoughts, preferring to save them for a written piece of work where I could really think about what I wanted to say. The idea of expressing an unfinished thought was scary: I worried I’d say something ignorant and be judged by my classmates.

But the tutorial system at Oxford really helped me develop confidence in my own ideas. I got to have one-on-one tutorials where my tutor was looking for the interesting ideas in what I wrote and discussing how I could progress them. The whole set up is designed to nurture you and develop your work. I loved that I could choose the topic of my essay each week and try out my own ideas. My tutors never gave us a mark for weekly essays, only comments, which was much more constructive, allowing you to focus on the ideas rather than feeling like your worth was being assessed. Having tutorials with other people on my course also really helped me develop my self-confidence - I went from being a bit intimidated by some of the intelligent things people were saying, to wanting my voice to be heard too and trying to convince them round to my ideas! 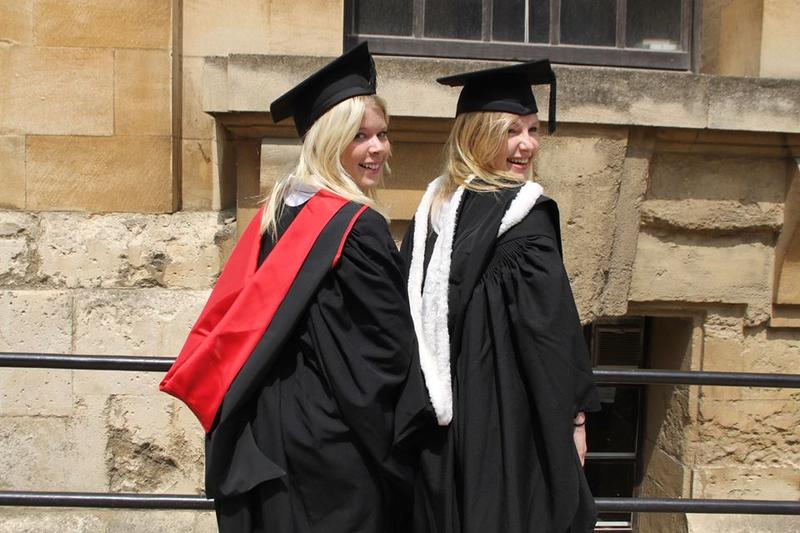 Emma (pictured right) at her graduation

Is there anything you’d like to say to current or prospective students?

To current students I would say: don’t stress so much about work being perfect and make the most of getting to live with your friends in one of the most beautiful cities in the world and being at a university that encourages you to be intellectually curious. Take days off to explore the city, do the traditional Oxford things and read and write about things you’re really interested in - you’ll remember them more than how you did on one essay.

To prospective students I would say try and relax about the interview - you will absolutely do better if you have confidence in yourself and just say what you think. There’s no shame in taking a moment to think or changing your mind - in fact it shows you can be intellectually flexible. Someone told me to enjoy it because, how often do you get half an hour where experts in your subject just want to listen to your thoughts.