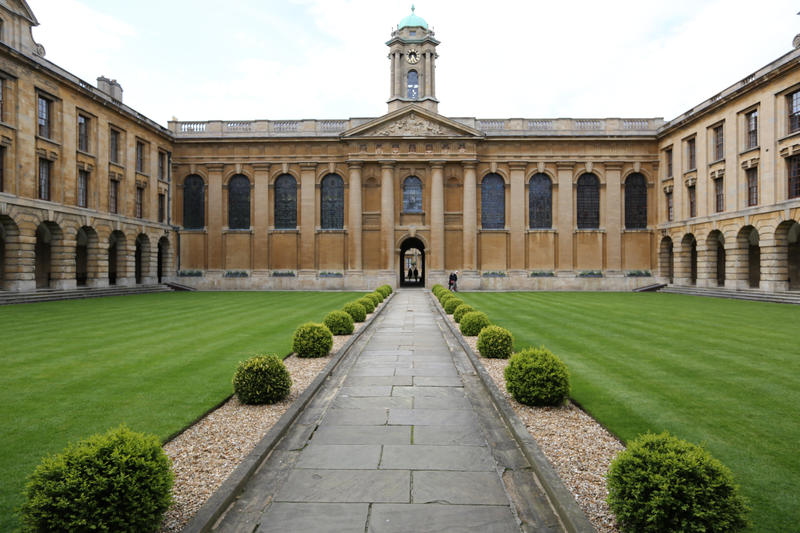 Dr Bill Frankland (Queen’s, 1930), the ‘Grandfather of allergy’, was the University’s oldest alumnus when he died in 2020.

The internationally renowned allergist, who had worked with Nobel Laureate Alexander Fleming, died on 2 April 2020 at the Charterhouse, London, two weeks after his 108th birthday. A pioneer in clinical allergy, he was once summoned to Baghdad to treat Saddam Hussein. 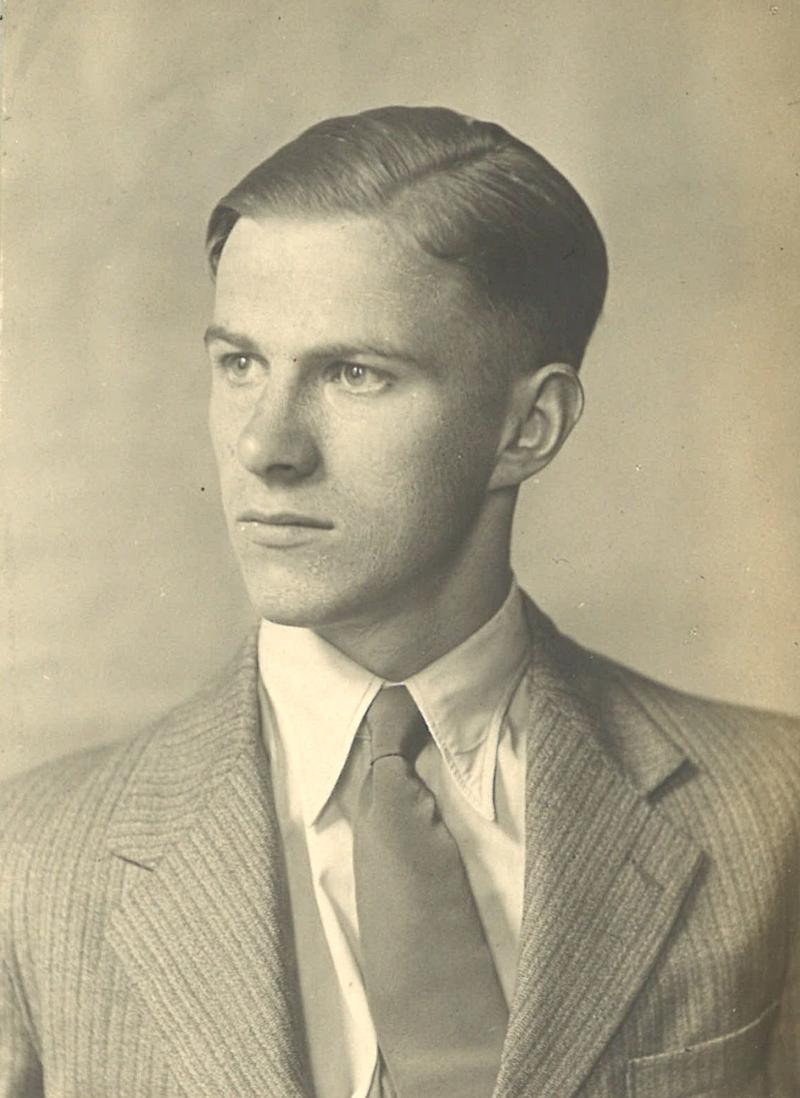 Bill Frankland when he matriculated to Queen's College in 1930, age 18.

He was born on 19 March, 1912 at Little Common, Sussex, the son of  the Rev Henry Frankland (Wadham, 1897) and his wife Rose (neé West). The youngest of four children, and a twin, he weighed 3lb 1oz at birth. Chances of survival were deemed low. But survive he did, and the family later moved to Dacre, Cumberland. Growing up near to a field of daffodils believed to have inspired Wordsworth, he saw his father leave to - and return from - the Great War. Embracing the countryside, Bill first developed symptoms of hayfever, a condition which would occupy much of his professional life.

After schooling at St Bees, Bill matriculated at The Queen’s College in 1930, with an Exhibition, and entered a college where the Provost had not been seen for 10 years. He graduated BA in 1934, having been taught by such luminaries as Sherrington, Eccles and Le Gros Clark. A sportsman, he competed against the Olympic gold medallist Jack Lovelock. 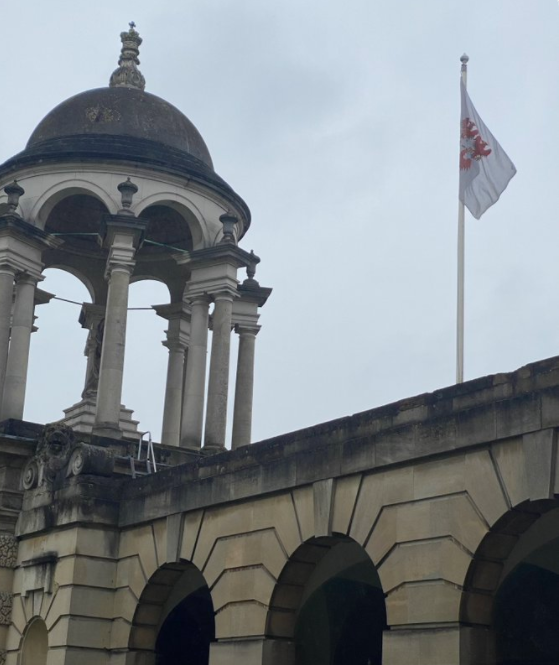 The Queen's College hoisted its flag on the occasion of Dr Frankland's 108th Birthday on 19 March, 2020

Moving to St Mary’s Medical School he undertook clinical training, graduating BM 1938. He learnt about the discovery of penicillin from Alexander Fleming, and his prediction that bacteria would become resistant. In 1937 he encountered a young blonde orthoptist with ‘beautiful blue eyes’, Miss Pauline Jackson. They married in May 1941, subsequently enjoying over 60 years together. On graduation he was houseman to Sir Charles Wilson (Later Lord Moran), a position without salary, but with hospital accommodation; his room had previously been the laboratory where Fleming had discovered penicillin.

Two days before outbreak of war he joined the army as a Civilian Medical Practitioner. Subsequently commissioned into the RAMC, he proudly wore his father’s Sam Browne. In 1941 he landed in Singapore a week before Pearl Harbour. He avoided the massacre at the Alexandra Hospital by the toss of a coin and his duties included medical care for four Japanese prisoners of war and a British traitor. 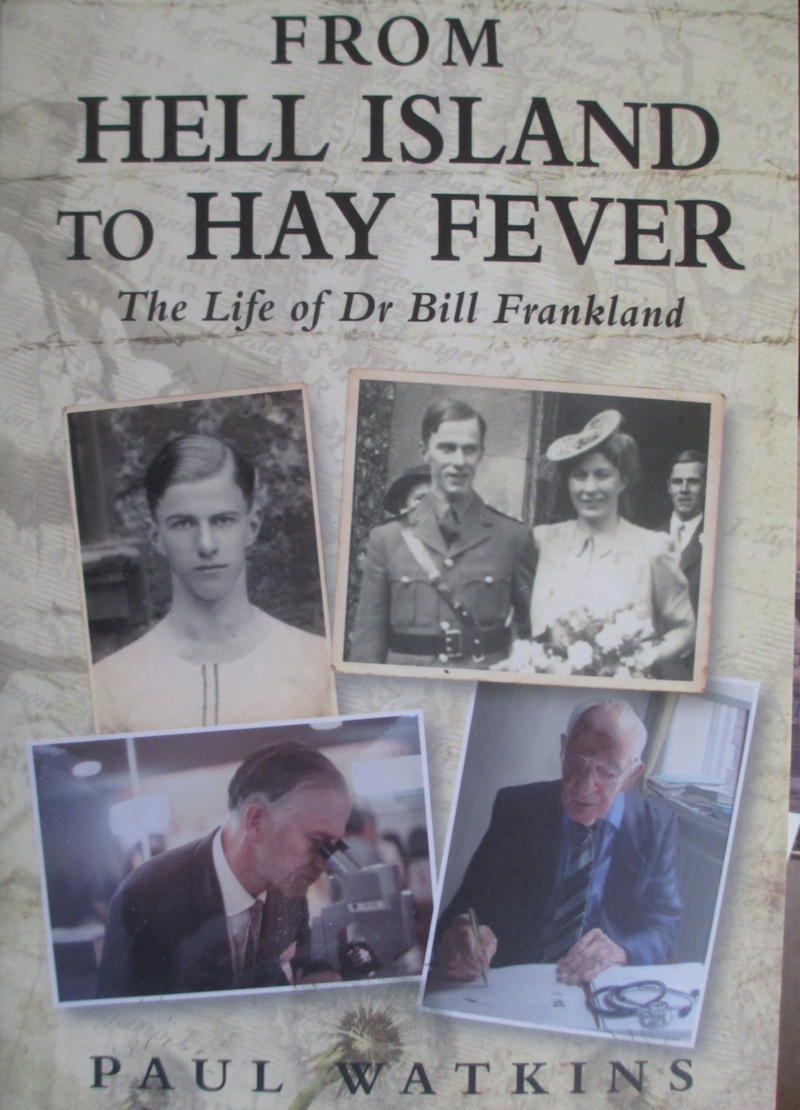 Bill's biography by Paul Watkins was published in 2018.

After the fall of Singapore he was imprisoned at Changi. Although at one time destined for the Burma-Thai Railway, he was sent to Blakang Mati (Sentosa), the only medical officer for some 300 men on what became ‘Hell Island.’ Faced with starvation and disease, combined with the cruelty of his captors, Bill’s professional endeavours ensured that none of his patients died in captivity. He was subjected to severe brutality, once almost being bayoneted in the chest. In August 1945 he was finally liberated after the detonation of the two atomic bombs, and recalled how this event had literally ‘saved my life’ since machine guns had been erected at all prison camps, with orders to execute all prisoners if an allied landing were to take place. Finally, he returned home in October 1945 and put the horrific experiences of war aside. 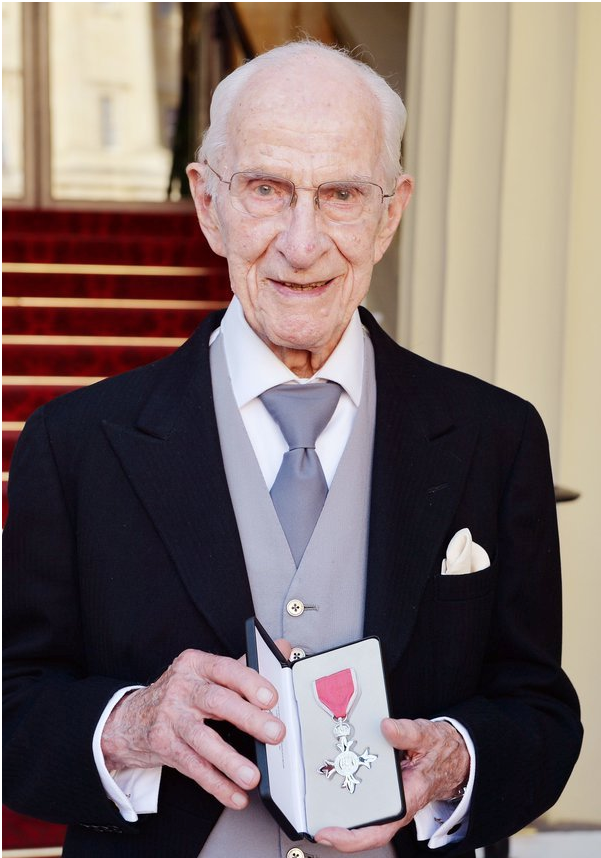 Returning to St Mary’s his interests quickly moved to allergy. From 1953-55 he was Clinical Assistant to Sir Alexander Fleming, and had to meet with him every morning, without fail, at 10 o’clock. He pioneered major advances in his field, undertaking the first double-blind controlled trial in immunotherapy, published in 1954, and later recognised as one of the seminal papers of the century. Sir Howard Florey was an examiner for his DM, awarded in 1956. He pioneered the development and publication of the pollen count, now an integral part of weather forecasts. His quest for understanding pathophysiology led him to self-experiment, inducing an anaphylactic reaction  and just cheating death by a speedy injection of adrenaline. Of the many medical students he taught at St Mary’s, one stood out as ‘the brightest student I have ever taught’, his description of Roger Bannister (Exeter, 1946) - he of the Four Minute Mile. Although he retired from St Mary’s in 1977, he continued to work as an honorary consultant at Guy’s Hospital for another 20 years.

He never really retired, remaining active until his death. He acted as an expert witness when aged 100. The same year he was made an Honorary Fellow of Queen’s, describing it as ‘the nicest thing that’s ever happened to me – aside from the day my late wife accepted my marriage proposal.’  A prolific author, his first paper was in 1941, his last in 2019; he published 5 papers after his 100th birthday. He continued to lecture until 2017, and his media appearances included Desert Island Discs (2015) and Hardtalk (2019). He was appointed MBE in 2015. He worked tirelessly on his biography, From Hell Island to Hay Fever, The Life of Dr Bill Frankland, (2018). He gave his last interview on his 108th birthday.

Dr Paul Watkins MRCVS, veterinary surgeon and biographer, and graduate of Emmanuel College Cambridge (matriculated 1975), worked with Bill to produce his biography From Hell Island to Hay Fever, The Life of Dr Bill Frankland, (2018). QUAD thanks him very much for also writing this obituary of Dr Frankland.