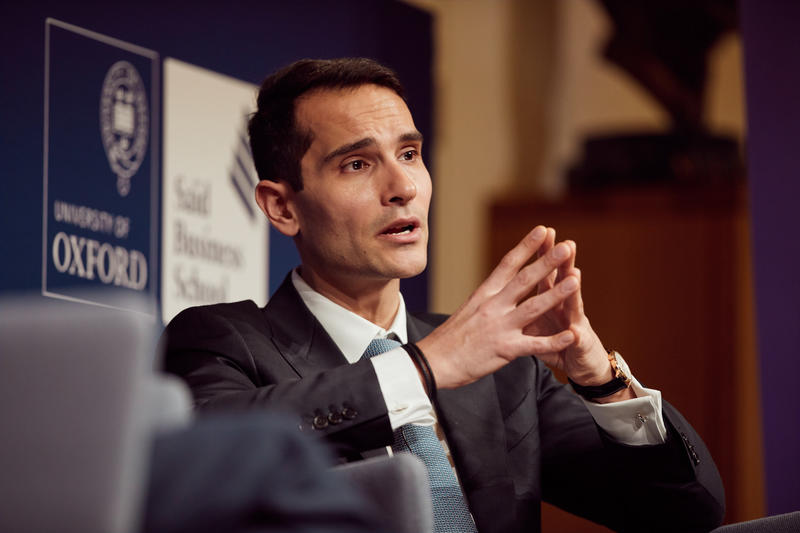 One of the central points argued by Harvard Professor George Serafeim in his recent Oxford lecture ‘Reimagining Capitalism,’ is that capitalism has never been one thing. It is not a static entity, he argued, and perhaps it never was. 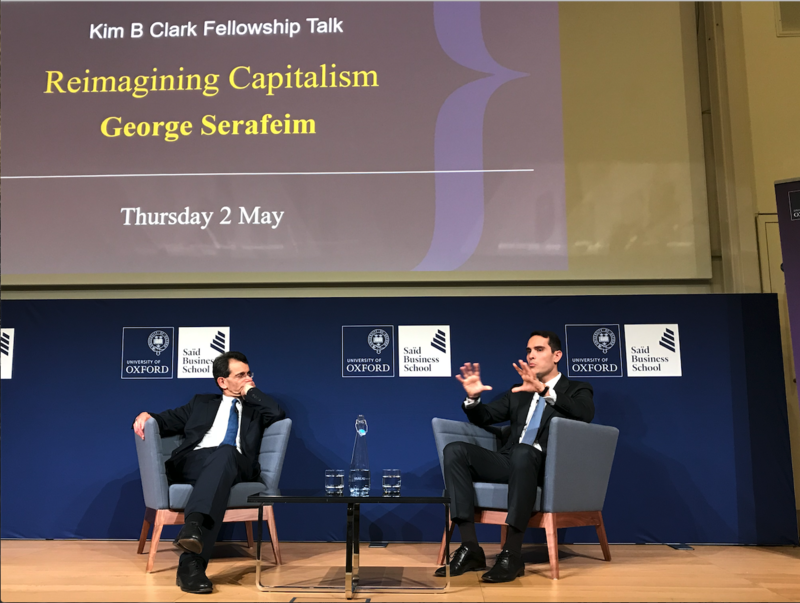 With climate change now pressuring all businesses in one shape or form,* and driving real change at some investment companies, he shared evidence around the environmental, social and governance (ESG) performance of companies across time, to ask whether it matters to company performance in the markets.

The historical background is as follows, he suggested. In the 1970s the reigning idea was that a corporation served no ideal except efficiency leading to profit – call it the Milton Friedman business model. This began to change in the 1990s with the Global Reporting Initiative and in 1999 with the launch of the first Dow Jones Sustainability Index, except that the hot bloods on Wall Street continued to downgrade ‘good’ companies with high levels of ESG, while promoting and rewarding with investment upgrades their less conscientious rivals.

Over time, this changed, Serafeim says. Around 2000, there was a change in the language of corporate and social responsibility (CSR), and in 2012 the Sustainability Accounting Standards Board (SASB) was founded. Since then one quarter of Fortune 500 companies have appointed chief sustainability officers.

In a nutshell, argued Serafeim, there was a demonstrable tipping point in Wall Street perceptions of the value of sustainability in September 2009. That was the point at which a discount to market value of corporations ‘doing the right thing’ eroded to zero. Since then, a premium began to creep in instead, growing to +6%. 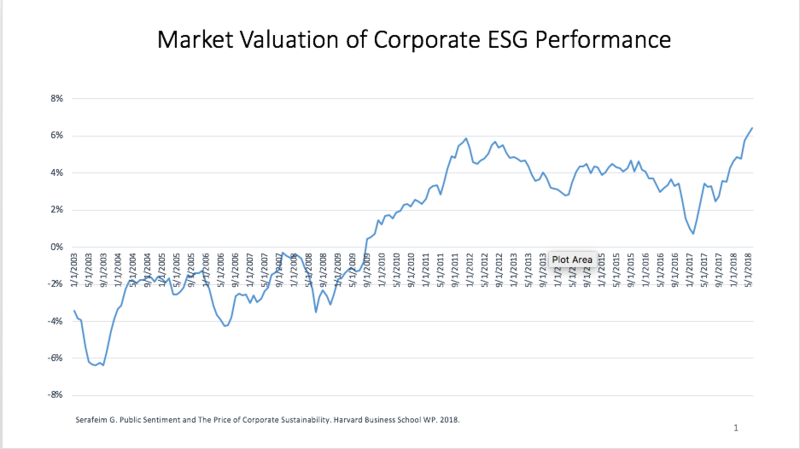 Courtesy of Professor Serafeim: The graph shows changing attitudes of Wall Street to sustainable and other ESG criteria over the long term.

There was a huge and sudden dip in this premium upon the election of President Trump, but the long-term trend remained and the dip was quickly reversed.

Another way of tackling the broad issue of whether ‘good’ companies outperform ‘bad’ ones is the degree to which employees sense purpose in their work. Serafeim argued that purpose among employees, especially the foot soldiers and middle managers, is worst where the CEO-employee pay gap is greatest, tending to suggest a lack of inclusivity. Further data suggests that purpose is highest among private firms and worst among public companies owned or controlled by hedge funds.

Introducing another measurement of assessment, Serafeim argued that very aggressive, short time-horizon traders – such as a quant fund – have the least invested in sustainability and ESG. Conversely, large index funds with high levels of common ownership and very long time horizons, such as Blackrock, State Street and Vanguard, can be good actors in endorsing and rewarding good behaviour, and possibly even stewards of the commons.

Between 1992 and 2010, $1 invested in high sustainability companies returned $22.50, compared to $15 for low sustainability companies. SASB has come from nowhere to have $25 trillion under management and there is now a common discussion about sharing best practices on climate-related decision-making within the investor community. 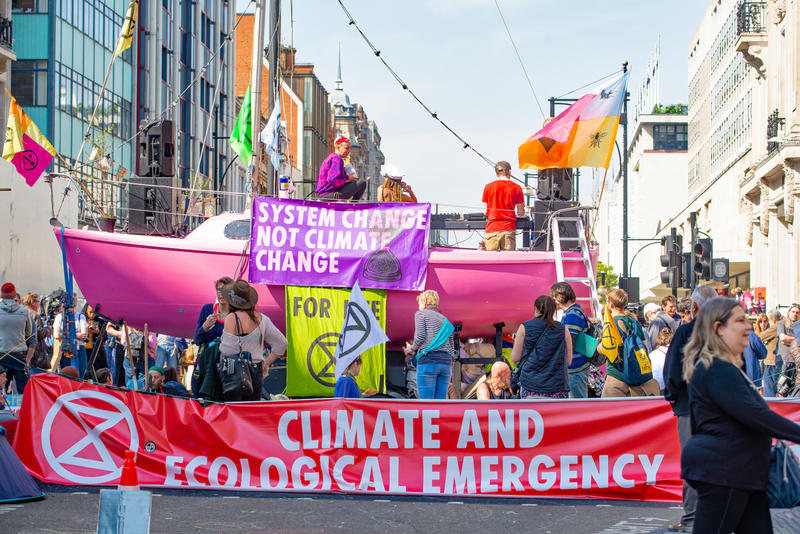 Faced with an audience partly comprising Oxford students who will spend careers in business, Serafeim noted how his own teaching had reflected changes in attitudes. His elective course within the Harvard MBA programme, ‘Reimagining Capitalism: Business and Big Problems’, had gone from 25 students to 300.

While no one is under any illusion about the tension between capitalism and environmental stewardship, there has nonetheless been a sea change in attitudes, not least as depicted in SBS Professor Colin Mayer’s book Prosperity, in which he compellingly argues for a redefined sense of purpose for every corporation, a sense of purpose that should lie beyond merely increasing profit.

It was Professor Mayer who introduced Serafeim and led an audience discussion at the end ahead of a reception.

Professor Serafeim is a Professor of Business Administration at Harvard Business School. He has taught courses in the MBA, executive education and doctoral programs, and is currently teaching the elective course “Reimagining Capitalism: Business and Big Problems” in the MBA curriculum, which received the Ideas Worth Teaching Award from the Aspen Institute and the Grand Page Prize. He has presented his research in over 60 countries around the world and ranks among the top 20 most popular authors out of over 12,000 business authors on the Social Science Research Network.