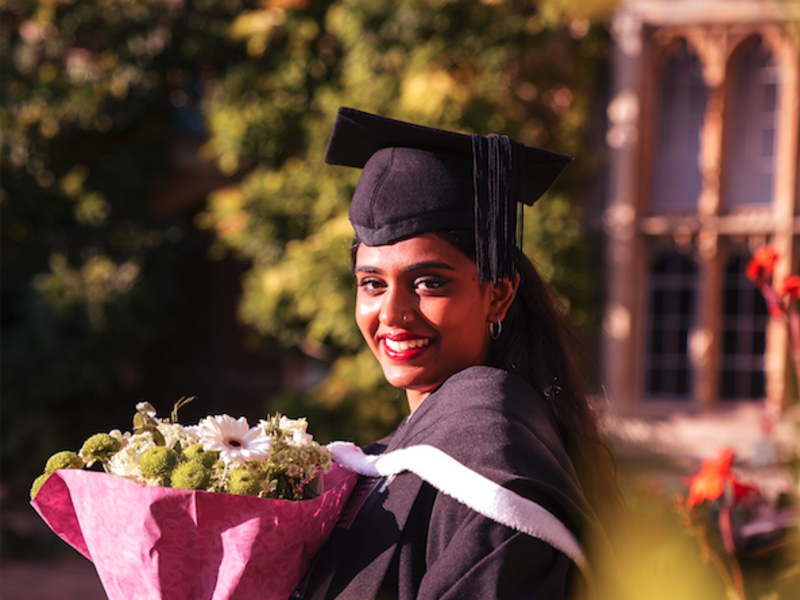 We talk to existing students and recent leavers about their career moves, and their advice to others

A working class East Londoner, Neetu Singh (Pembroke, 2018) was a Crankstart Scholar at Oxford, meaning that she qualified for a bursary to assist with the cost of being an undergraduate. One of the silver linings is additional help with career starts, including a mentorship programme.

‘I applied for the mentoring because I wanted to go into publishing but didn’t know how to. I was assigned, through the Oxford careers service, a state school-educated northerner at the publishing house Bloomsbury. She was very useful in telling me how it works and I picked up a job immediately upon graduation at an indie publisher called No Brow, which specialises in children’s fiction and graphic novels.’

This was in June 2021, immediately after completing her finals in English Literature.

Neetu explains that while the initial role at No Brow was a great experience, and she stays in touch with them, it taught her very quickly that publishing wasn’t exactly a right fit.

‘This was a very positive experience, but it was also a fail fast experience – I didn’t realise to what extent you simply have to constantly edit other people’s work, perform a great deal of administrative work and in some ways adapt to what might be called an old school hierarchy.’

Neetu had gone almost straight from finals to the job, with no break at all. In fact, making up for the pandemic she had improbably managed to stage a play at Wadham College in 9th Week of Trinity.

‘I was trying to make up for the pandemic I guess. The pandemic robbed me of a big chunk of my time as a student…but it was crazy yes. I was exhausted. Note to self and others – if you’ve just done finals you need some sort of down time before you begin a job.’

A year later and things have moved apace. Above all, the play she staged in 9th Week of Trinity Term 2021 at Wadham College, What Happens When Your World Breaks Down may be re-staged later this year. She says, ‘I’m actively looking for a venue and it may be held again at Wadham.’

The inner Director and creative side of Neetu is also to the fore. Right now she is a tutor, and intern as a Strategy Lead and Social Media Manager at an organisation called The Three Hijabis.

‘Crankstart funded my hours for a month-long placement with them and it’s been very successful, I’ve continued to work with them as an intern for a longer amount of time than originally planned.’

She also explains that she is actively applying for work as an early-stage director at a London theatre, under the auspices of her own production company, ‘Haldi + Co Productions’.

Finally, floating over these exciting ventures, is an application to a Masters in Creative Writing programme at Cambridge – a 2-year degree that being part-time would allow for lots of applied theatre and directing.

Neetu’s summary advice to existing leavers is to be bold in devouring a wide variety of experiences, but focused in charting a path. ‘When something works you’ll know; when something doesn’t work you’ll likely know that too, if you allow yourself some reflective space. Trust to your instincts and follow them.’

Unveiled in 2020, Oxford University’s Crankstart Scholarship programme (formerly Moritz-Heyman) is designed to help UK resident students, with a household income of less than £27,500, to study at the University. A bursary of up to £5,000 is supplemented by other opportunities such as volunteering and summer internships.