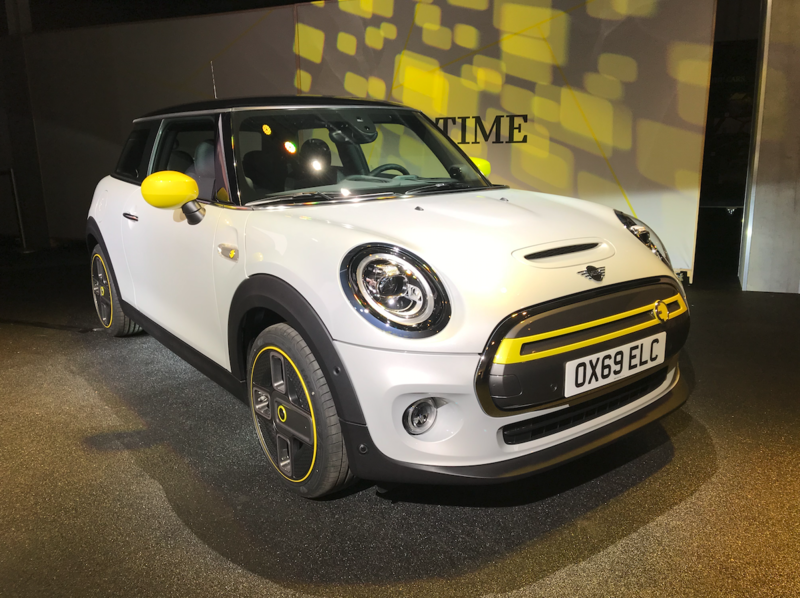 The electric MINI will be built in Cowley

BMW launched the electric MINI in Oxford, where it will be manufactured from this autumn. The car will be delivered to the first customers from next March, well over a decade since BMW first began testing.

Managing Director of the Oxford factory Peter Weber said at the launch that the electric MINI will be assembled on the same production line as conventionally powered models, unusual in the industry and ensuring flexibility in case it falls flat.

The appearance of Oliver Zipse, BMW AG Board Member for Production, was a surprise and might hint at the successor for BMW CEO Harald Krüger, who resigned last week ahead of a Board Meeting to decide his future. Zipse is widely tipped for promotion having developed the ‘one assembly line’ competence within the group.

Zipse said that 6% of BMW cars sold in Europe have an electrified element to their drivetrain, although this includes hybrids as well as full EVs.

UK MINI Director David George explained that the electric MINI concedes nothing to the existing one in boot space or practicality, while the low position of the weighty batteries accentuate MINI ‘go-kart’ handling.

However, the electric MINI has a claimed range of 144 miles, about a third of the range of  a petrol MINI and a quarter of a diesel, and George admitted that it was likely to appeal to families as a second or third car, retaining fossil fuels as the defining ‘normal’, a controversial stance given that the UK government have insisted that fossil fuel cars will be phased out by 2040.

Zipse said that BMW had invested over £2 billion in the Oxford, Cowley plant since the launch of the modern MINI in 2000, and that the company ‘needs certainty about the relationship of the UK to the EU.’

If the electric MINI is like the existing one, 80% will be exported to over 100 countries and comparatively few sold in the home UK market.